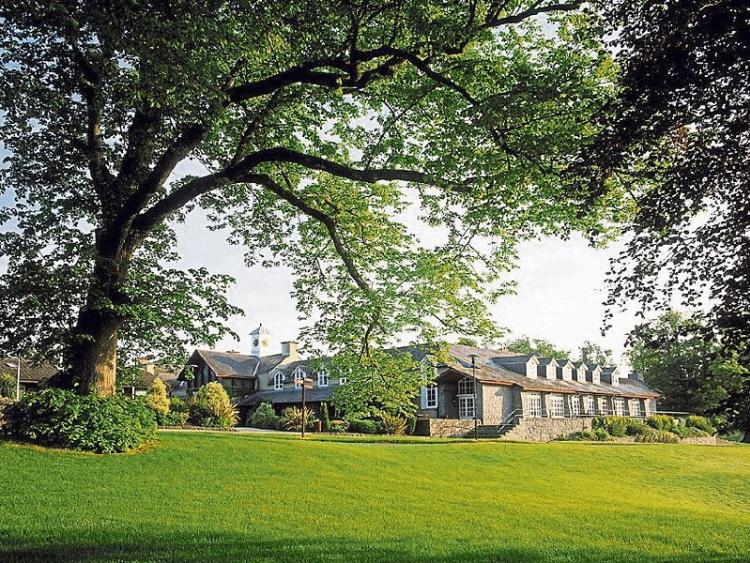 Over 80 new full-time jobs are being created at Mount Juliet on the outskirts of Thomastown.

development of 77 new bedrooms on the estate and the refurbishment of 16 existing bedrooms in the Hunter's Yard complex.

There will also be a "considerable number of part-time positions” filled once the current phase of redevelopment at Mount Juliet is completed.

It copper fastens the future of the five star resort which has hosted the World Golf Championships, won by Tiger Woods, and the Irish Open.

The development provides the local economy with a major boost with good, environmentally friendly and sustainable jobs.

When completed late next year, it will bring to €40 million the amount of money invested in the property by current owners, Tetrarch

The current investment of €15 million will see the world famous tourist haven bringing even more people to the area, ensuring that

shops, pubs and restaurants all share in the expected bonanza.

Work will start on 77 new bedrooms at the five star hotel estate next week while much of the preparatory work has already been completed.

It also entails, the full refurbishment of the President’s Bar an Kendals and the total upgrading of the spa. The work will be done in phases with refurbished Presidents Bar set to reopen in March / April 2017 and all works due to be completed by the end of October 2017.

At present there are around 50 full-time staff and 150 part time staff at Mount Juliet making it a major employer in the region.

In a statement, Mount Juliet said: "We will enable Mount Juliet to fulfil its hotel potential and attract far more domestic and international visitors, which can only be a good thing, not only for Mount Juliet but for Kilkenny and the South East."