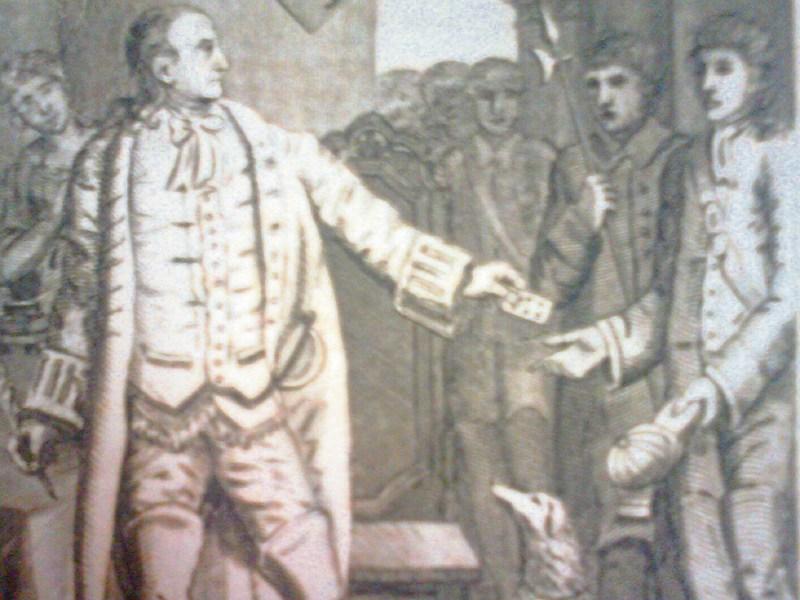 The great source for information about Ireland’s families is the former chief herald of Ireland, Mr Edward MacLysaght. In one of his typically short yet always authoritative pronouncements he declares “The Norman Family of Grace (Grás) has been prominent in Irish history since the first Le Gras came to Ireland about 1200”

The leading Kilkenny family of that name is certainly the Graces of Courtown Castle which was near modern day Tullaroan. The family even had their own –self appointed – historian in one Sheffield Grace, who was somewhat less than accurate in all of his pronouncements. He traces the family line back to pre-Norman Conquest days. His most elaborately produced family history was published in a limited edition of 25 copies. One copy was presented to the Pope in the Vatican at the time. The family were not sprung, as stated by Sheffield from the warrior Raymond le Gros, who died without issue, but from the Le Gros family of Gloucestershire.

Odo, one of that family accompanied his brother-in-law, William the Conqueror, in his invasion of England, and afterwards obtained from that monarch the Manor of Sodbury, in Yorkshire. Odo died in 1096 and William "le Gros," was his heir. "Le Gras," in Latin, Crassus i.e., the Fat. It was, apparently, from him that "Le Gras," also "De Gras," now Grace, came to be adopted as the family surname

During the years that followed, William le Gras, senior, and his brothers and later William junior, lived for the most part in Ireland, being attracted there by the Earl Marshall, whose relatives they were. William le Gras, in 1247 was in possession of lands in Upper Ossory, valued at one half a Knight's fee, and of lands in Tulachrothan valued at 1/4 a Knight's fee. He spent many years in Ireland, and made this county the land of his adoption. He died probably in 1290. One Baron Oliver Grace of Tullaroan was Keeper of the Peace in Co. Kilkenny and died circa 1500. From him onward the succession of the Barons of Tullaroan, afterwards, Grace's Court, and later still Courtstown, can be traced without a break, till the overthrow of the family in 1691.

John Grace a supported of King James raised a troop of Horse and a Regiment of Foot. In reward for the zeal he displayed, it was King James's intention to create him a peer. After King James's flight a proposal was made to John Grace change sides and join King William's side. William of Orange promising him high honours if he would but he indignantly refused and wrote back a message on a playing card -- the six of hearts - the first thing he could lay his hands on. Grace wrote 'Tell your master I despise his offer, and that honour and conscience are dearer to a gentleman, than all the wealth and titles a prince can bestow.' Later the six of Hearts became known locally as "Grace's Card”.

The vicissitudes of the Grace family, during their closing years at Courtstown are well known. Tullaroan and his other estates, producing an annual rent exceeding £9,000, and which had been in the possession of the Grace family for 530 years were forfeited. Courtstown Castle in 1701 was stripped of its leaded roof, which was sold. Its roofless walls remained standing for another 100 years when they too were destroyed so that today not even a single stone was left upon a stone and to this day the precise location of the Castle is a matter of some doubt.

The present Court House which was altered very many times over the centuries - none more so than in our own time - was originally the location of the family’s town house. It came into the possession of the Crown as early as 1566 when the then head of the family, James Grace was appointed Governor.

Apart from this incident, somewhat surprisingly, the family does not seem to have got involved in local politics providing just one mayor, William Grace in 1834. This was the same man who, held in high esteem served as Secretary of the well endowed Evens Trust which gave us Even’s Home off John Street among other charitable locations and facilities. Sadly he was exposed in 1846 as a forger who had used his skill to pass off no less than five Letters of Attorney and spirited away a huge sum of over £10,000. Quite what he did with the money remains some what of a mystery. He was deported for seven years to Australia. He was never to return to Ireland as he was the victim of a bushranger there who dispatched him by a bullet to the back of his head.

The business that would become W. R. Grace and Company - Grace Brothers, New York was founded in 1854 in Peru by William Russell Grace, who left Ireland due to the Potato Famine. His brother, Michael joined the business there, as did in due course, a third brother, John W. Grace. They would form Grace Brothers & Co. The company set up head office operations in New York City in 1865

In modern times the Grace family continued to have significant and well known personalities. Dan Grace of Gaulstown, Tullaroan was described at the time of his passing in 2008 as one of the county's most innovative farmers. Teagasc, the Irish Agriculture and Food Development Authority, held many clinics on his farm. He also served on State boards for some time. He turned, successfully, to alternative medicine to treat his animals and was a great believer in homeopathy which is based on the principle of like-cures-like. He was synonymous with the Parish Field Day held annually on August 15th and was very involved in Macra na Feirme.

Dan Grace got involved with Radio Kilkenny from the very start. He fund-raised to set it up and he presented ‘Headlands’ a weekly rural affairs programme where he interviewed well- known characters and which involved music sessions around the county

In sporting circles the late and legendary Paddy Grace became involved in the administrative side of the Gaelic Athletic Association. He served as secretary of the Kilkenny County Board for a record 38 years. Previously he played his club hurling with Dicksboro, a club that his father helped to found in 1909. He enjoyed some success and captured a senior county title in 1950. On the inter-county scene he was a member of the Kilkenny minor hurling team in the 1930s. He won a Leinster title in that grade in 1935, later capturing an All-Ireland medal following victory over Tipperary in the final. Paddy Grace won his place on the county's senior panel in 1939. That year he won a Leinster title before later lining out in the all –Ireland. The final between Cork and Kilkenny has gone down in history as the ‘thunder and lightning final'. Played on the day that World War II erupted, the climax of a very close game was played in a tremendous thunderstorm. Kilkenny went on to win the game by a single point, giving Paddy his first All-Ireland medal.

‘The Cats’ bounced back in 1945 and Paddy Grace collected a third Leinster medal. In 1947 Paddy lined out in his fifth All-Ireland final this time against Tipperary. It was Kilkenny’s third championship decider in-a-row and, after losing the previous two, the pressure was on. The game itself has been regarded by many as the greatest hurling final ever. Both sides remained neck and neck, however, a Terry Leahy point sealed a narrow victory for Kilkenny giving Paddy Grace his second All-Ireland medal.

You can read about other families   by Pat Nolan here

For The Manning Family

For the Smithwick family

For the Tighe Family

For the Mosse Family