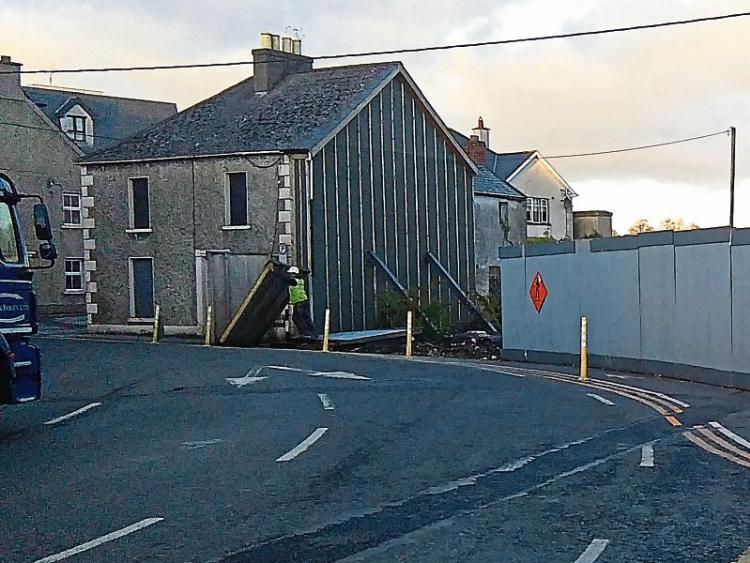 The new Central Access Scheme (CAS) in Kilkenny City will  not open until the end of March or beginning of April.

Local councillors were given a brief update on the project at Monday's meeting of Kilkenny County Council. Cllr Pat Fitzpatrick asked when the new road would open to the public, and enquired as to what the traffic arrangements would be when it did. He also expressed some concern over a jutting piece of pavement at Vicar Street, following roadworks there.

“It is very difficult at the moment — you have to swing right our around, and there is a bottle-neck there in the morning,” he said.

Sinn Fein councillor Sean Tyrrell seconded this enqiury, and said he had also received a number of phone calls in relation to Vicar Street.

Director of services Tim Butler advised the members that the revised opening date for the new road and bridge was now the end of March or beginning of April.

Mr Butler also said that subsequent to the CAS opening, it would be a two-way system on it for traffic. Green's Bridge will remain two-way for cars, but will become one-way only for HGVs, travelling from west to east. He also said it was 'likely that consideration will be given to Vicar Street being one-way' at some point in the future.

The director of services also said that the fencing on the streete was to be moved backon Vicar Street to allow more room, and  that motorists can keep out slightly and still remain within the white lines.