Loreto Kilkenny: Stay In The Game-A solution to teenage dropout from sport 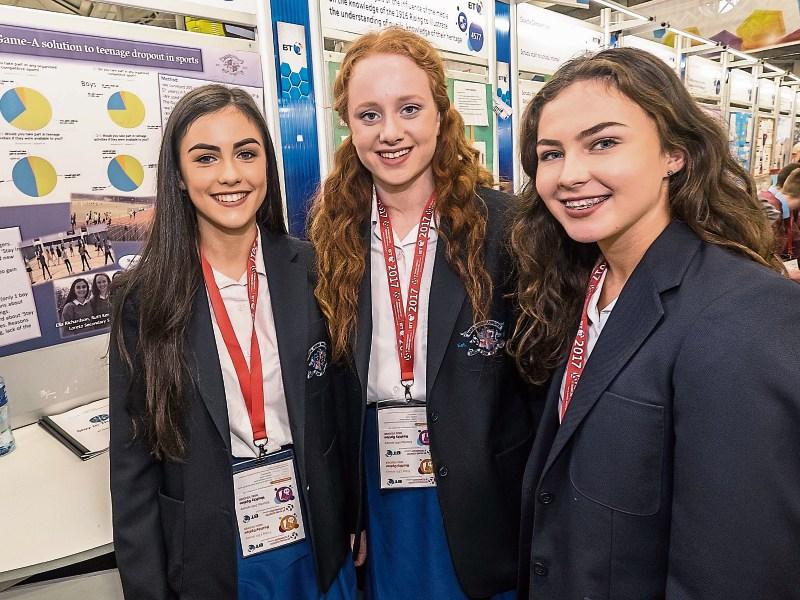 Ella, Ruth and Kate of Loreto Secondary School, in front of their stand at the BT Young Scientist

Loreto Secondary School transition year students, Ella Richardson, Ruth Kent and Kate Dempsey decided on their project ‘Stay In The Game’ due to the increasing issue in teenage dropouts from sport.

The girls surveyed close to 500 students from five schools in the city; Loreto, Presentation, Pobail Osraí, CBS, and St. Kieran's college. From the results of the surveys, the girls found that 37% of girls have dropped out of and are no longer active, while 22% of boys have dropped out.

An astonishing 62% of girls and 54% of boys do not meet the recommended physical activity guidelines for adults.

The girls set up a four-week intervention of activities and promoted this range of classes through social media.

They received a grant from the KRSP which helped to reduce the cost of classes for teenagers. Ella, Ruth, and Kate managed to get 36 teenagers who were previously inactive, back involved in physical activity.

The girls surveyed a sub-sample of 100 students after the four-week intervention to get feedback on their initiative Stay In The Game. The girls plan to keep the classes going over the next few weeks to get even more teenagers involved.

FOGRA - Loreto Secondary School acknowledged the help of Niamh Richardson, who is based in WIT in relation to the Loreto projects?