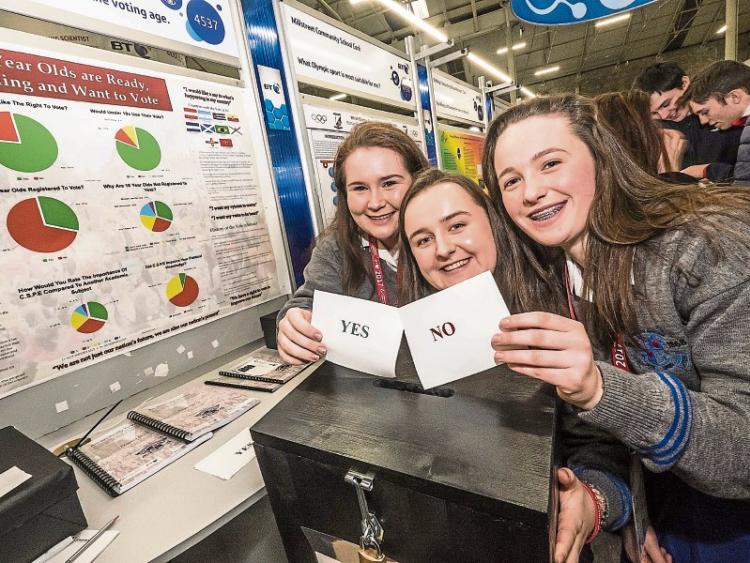 Ciara, Grace and Sophie at their stand in the RDS

They say that politics flows through your veins and in the case of a participant one of the excellent projects from Kilkenny.

One of the three students from Loreto Secondary School who completed the project: “Are we ready to vote?” is Ciara Davis, a granddaughter of former Mayor, TD and Junior minister, Kieran Crotty who is still going strong.

She and her friends and fellow students, Grace O'Neill and Sophie Harte investigated the difference in the political knowledge and interest of 16-year-olds versus 18-year-olds with a view to reducing the voting age to 16.

The girls who were inundated with callers to their stand, received 600 completed surveys from the five Kilkenny secondary schools to assess teenagers political knowledge and interest.

“From our results, we found that there was no difference between the political knowledge and interest of 16-year-olds versus 18-year-olds and also concluded that 16-year-olds are ready and wish to vote.

“We also found evidence to suggest that the Junior Cert subject C.S.P.E ( Civic, Social and Political Education) is not improving young people's political knowledge and we feel that the curriculum should be reviewed,” the girls said.