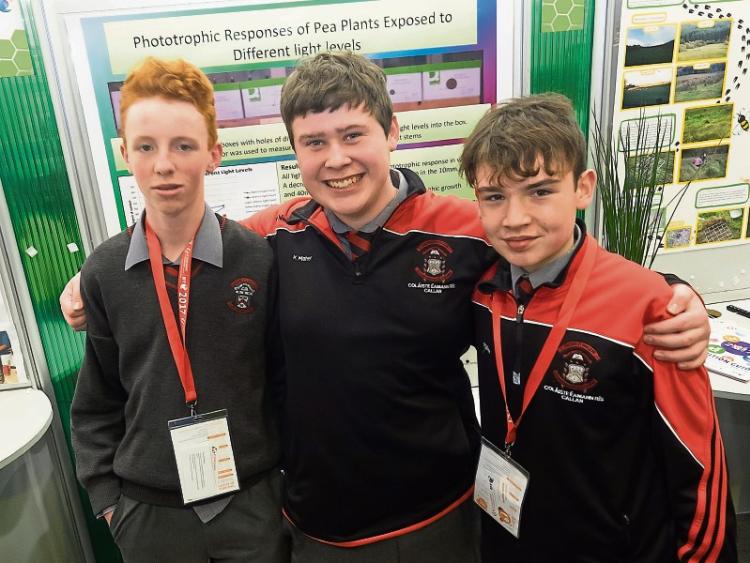 Two students from Coláiste Éamann Rís in Callan are pioneering the way when it comes to the effect of the level of light on the growth of plants.

Philip Dillon and Luke Butler presented their project at the BT Young Scientists Exhibition which was held recently at the RDS.

Science and Agricultural Science Teacher, Kate Stapleton was delighted that her students had been selected to represent the school for the second year in a row at the prestigious competition.

Acting principal, Eamon Jackman said that he was thrilled with the entry adding that it reflected 'the quality of the school'.

The basis of the project was to investigate the effect of light level on the stem curvature of pea plants.

In what light was needed for the plants to grow the students placed boxes of pea plants in a number of locations around the school and regulated the amount of light at each station.

They then their findings into how different light levels affected the stem curvature on pea plants.

Mr. Jackman congratulated both the students and teacher involved for their trojan efforts which had reaped rewards when they were selected to represent the school in the competition.