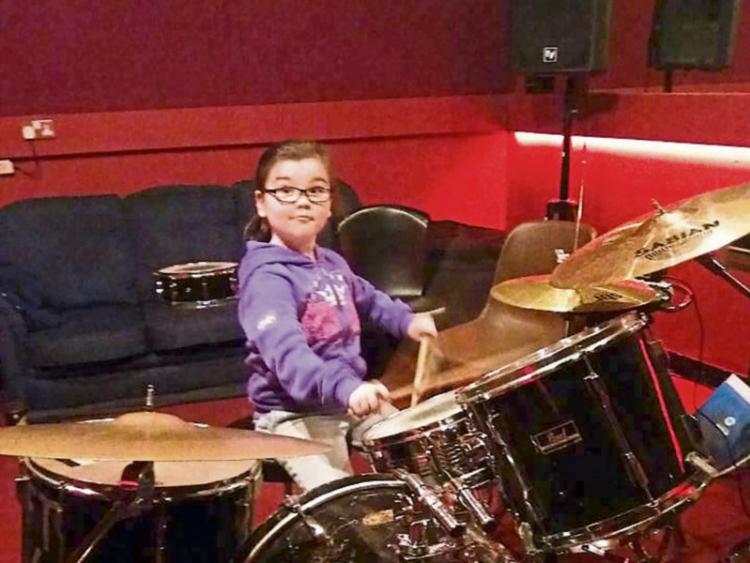 Kelly gets acquainted with the drums.

It was a tender moment that warmed people’s hearts coming up to Christmas: A little girl marched up to a group of performing buskers, where Kilkenny drummer Jeremy Hickey handed her a drumstick and invited her to join in with them.

For the seven-year-old girl, Kelly Jordan, it was a special moment and a chance to shine. Kelly has autism, and it meant a lot to her family to see her enjoy herself so much.

When Kelly’s mother, Christine, tried to track down the generous musician on Facebook, she got a huge response from locals who recognised him.

Jeremy since mentioned that he could give Kelly a lesson some time if she was interested, and naturally enough, she was. So, last Saturday, the pair met up at a place near Templebar and the session kicked off.

Kelly’s grandfather, Pat Jordan, said Kelly was thrilled to be allowed to play with the buskers back in November, and was ‘proud as punch’ when she learned that thousands of people had watched the video.

He has thanked Jeremy for being so giving with his time.

“For a guy like that to take time out of his schedule to do this, it really says a lot about him,” he said.

“From the video, she didn’t do all that badly for a first-timer!”