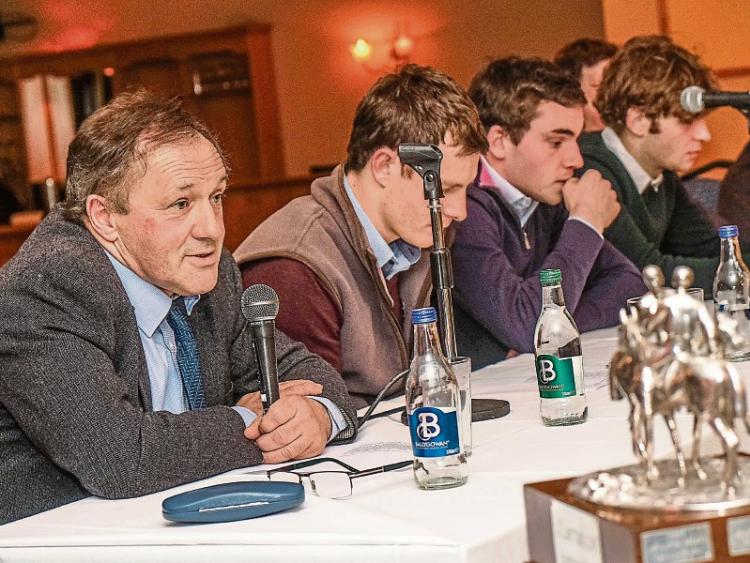 There was no shortage of good-natured ribbing along the top table at Gowran Park during last Tuesday's launch night.

Two of the jockeys traded barbs over the wearing of a Minions onesie, while Paul Townend chided Eddie Scally for having two pictures of David Casey winning on On His Own, rather than including one of Paul's own 2014 Thyestes victory.

Meanwhile, trainer Henry de Bromhead — who has yet to win the Thyestes, but whose father did with Grand Habit — was asked if he was having his best season so far.

“Yes, we've had a super year and are delighted with it,” he said.

Mr de Bromhead confirmed he was leaning towards running him Champagne West, who seems in good form.

“I think three miles will suit him, on hopefully soft to heavy ground,” he said.

“It will be a tough task, but the conditions should suit.”

Meanwhile, 2016's winning trainer, Liam Burke, was in flying form. My Murphy did the business last year and is back for another tilt at the spoils, likely to be ridden by Robbie Power.

Liam's son, Jonathan Burke, was also at the top table. It has been a bit of an injury prone season for the youngster – in his own words 'a bit of a disaster'.

Incredibly, he broke his back in January and then again in April. He broke his leg in December.

“I was four years with a licence without any injuries,” he said.

“No one escapes as they say. So hopefully I've done my quota now.”

When it came to David Mullins, the question he must be almost tired of answering, of course, had to be answered. Aintree last year. The Grand National.

“Yeah, it was a day I'll never forget,” he says laconically.

When pressed, Mullins points to his age and the current stage of his career.

So, who is he likely to be riding for the Thyestes? The aforementioned Champagne West on whom he won in Tramore?

“It's three miles and soft, heavy ground, so it's going to be ideal for him,” he said.

“I think he needs that kind of ground. His form is good. He has a lot of weight, but everything seems right for him other than the weight.”

Sure don't mind the Grand National — the Goresbridge man knows it would be lovely to win the big local one. He remembers the days of scampering off to Gowran, trying to get a half day or a whole day off school for the Thyestes.

“It's that one race you'd love to win, because it's local and it's a prestigious race,” he says.

“It's just down the road as well.”