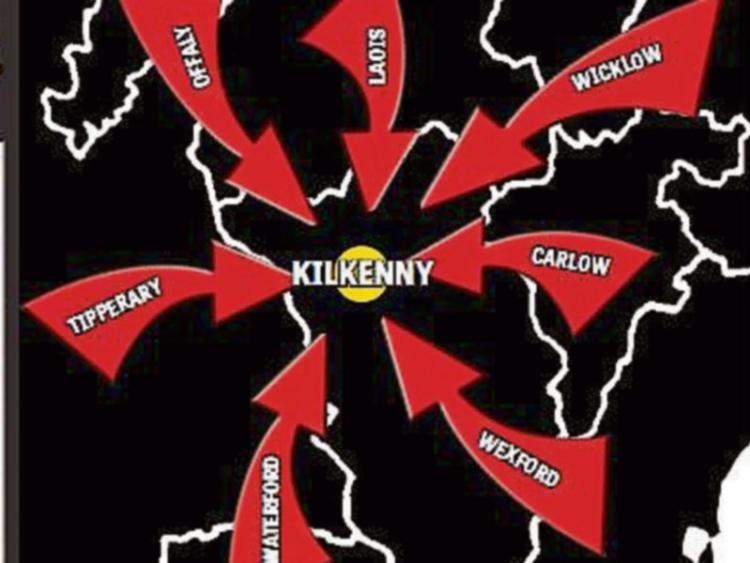 Kilkenny City has become a 'victim of its own success' in attracting huge bus loads of revellers, who flock here from neighbouring counties to socialise on weekends.

Our small Medieval City has firmly cemented itself as the south-east's premier destination for socialising, but its unique charm and narrow streets are being tested to their limits.

It is no longer just the stag and hen parties;  it's now routine that huge numbers of people will arrive from Tipperary, Laois, Carlow — and further afield — every Friday and Saturday. While it's a boon to the  many pubs and clubs, the city may be  approaching capacity. The streets quickly become flooded with large groups of people, many of whom are intoxicated.

“In some ways, Kilkenny City is a victim of its own success,” Garda Superintendent Padraig Dunne told the recent meeting of the Joint Policing Committee.

“Kilkenny City has far overtaken all other towns and cities in the south-east as a destination,” said Supt Dunne.

“There are thousands on the streets at nightime.”

The issue has been under the spotlight at meetings of the Kilkenny City Cares group, and was raised again at the recent meeting of the Joint Policing Committee.

Cllr David Fitzgerald said there had been occasions over Christmas and the New Year in which Rose Inn Street had effectively become a pedestrian street at night, inaccessible to vehicles, such was the volume of people.

“What, if anything, can we do with that?” he asked.

“There were vehicles trying to tread their way through, around what was a significant number of intoxicated people.”

Supt Dunne said that gardai have been keeping a very close eye on the situation, and that some nights could see between 18 to 20 buses — seating up to 50 people — converging on Kilkenny.

He said the narrowness of Rose Inn Street was an issue that had come up a lot. A number of different suggestions have been put forward to address this, including making it one-way or pedestrianised at night.

Supt Dunne said that some people feel that if the road were pedestrianised, it might only create more of an issue with groups of people 'camping out' on the street late at night.

He said there was another stream of thought that the streets should not be 'surrendered' to anyone, while other people advocated barriers on footpaths – but this could create a health and safety issue.

“It is a very narrow street in a Medieval city, and [there are] huge volumes of people.”

Chairman of the Joint Policing Committe Patrick McKee has said the issue is one which  requires measured consideration, as increased footfall and visitors to the city are things to be welcomed. He said there was a problem where suddenly large volumes of people were suddenly spilling out onto the streets, heading home, looking for taxis or food.

“I wouldn't support pedestrianisation — I think it would just invite people to drink out on the street,” he said.

“The idea of staggering closing times is definitely something that needs to be looked at.”