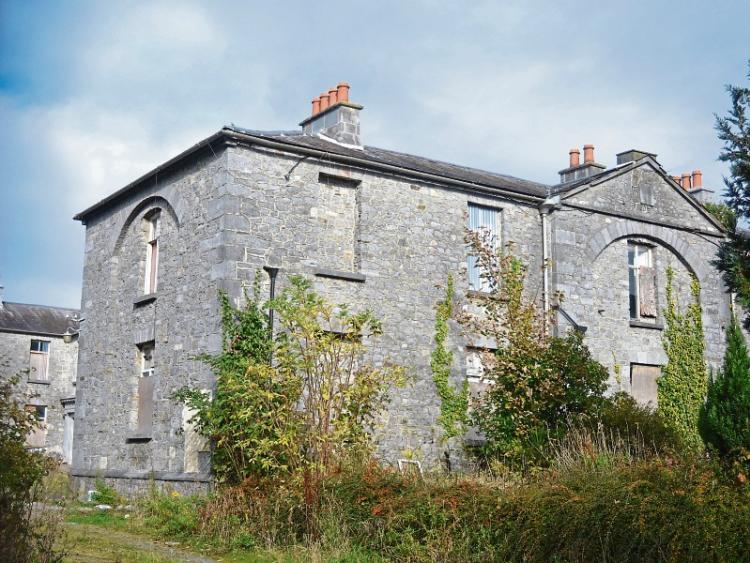 The proposed redevelopment of Evans Home in Kilkenny City will go ahead subject to funding from Failte Ireland, following approval by local councillors.

The former alms house, off John Street, is to become the new home of the Butler Gallery when the project is completed. The development is estimated to costaround €4 million, and will include the construction of a new 140sqm 'media gallery', with fully-accessible toilets, a lift, and staircase.

A grant of €2 million is already in place from the Department, but the balance will have to come from Failte Ireland and the council's own Capital Budget. At the January meeting of Kilkenny County Council, acting director of services Simon Walton told members that completion of the project will depend on a successful grant.

“The council has entered into a partnership with the Butler Gallery for relocating from Kilkenny Castle to Evans Home, should the development proceed,” he said.

“Now we are reviewing the matters that have arisen as a result of the statutory consultation process, and seeking the approval of the members to proceed. The building has been out of use for a considerable number of years.”

Mr Walton outlined that ten submissions had been received during the consultation process. Some are from statutory bodies, some from local organisations, and from the public. He told members that there was a 'general welcome' for the proposals, and that some concerns had been expressed, which had been taken into account.

He said there were some specific issues arising where a choice is to be made.

For example, one suggestion was that the building's surface be harled – as it originally would have been. However, as Mr Walton pointed out, it seems more appropriate to have the building stone-faced to integrate into the existing streetscape alongside the city's other significant public buildings.

Another concern was the visual impact of the new extension. However, said Mr Walton, there is a need for the new extension to bring the building up to modern standards and mobility requirements. The building's original fabric and form, windows, as well as internal fittings and features are to be retained.

A proposal to lower the the existing west wall (boundary with the library carpark) and place a railing on top was also taken on board to allow better visibility and appreciation of the building.

In the report provided to the members, Chief Executive Colette Byrne says that the proposed refurbishment of Evans Home will restore life to the hidden, unused building, and ensure the retention reuse and rehabilitation of a protected structure.

Mr Walton said that once the council could potentially be in a position to appoint contractors by August, while the timeline on the works is expected to be aout 12 months.

“We are at a place now where we are ready to prequalify contractors and proceed with the detail design,” he said.

It was proposed by Cllr Peter 'Chap' Cleere, and seconded by Cllr Malcolm Noonan.

“It's a fantastic example of a building out-of-use for many years. “

Cllr Noonan also commended the council for the Part 8 and the use of public information sessions.