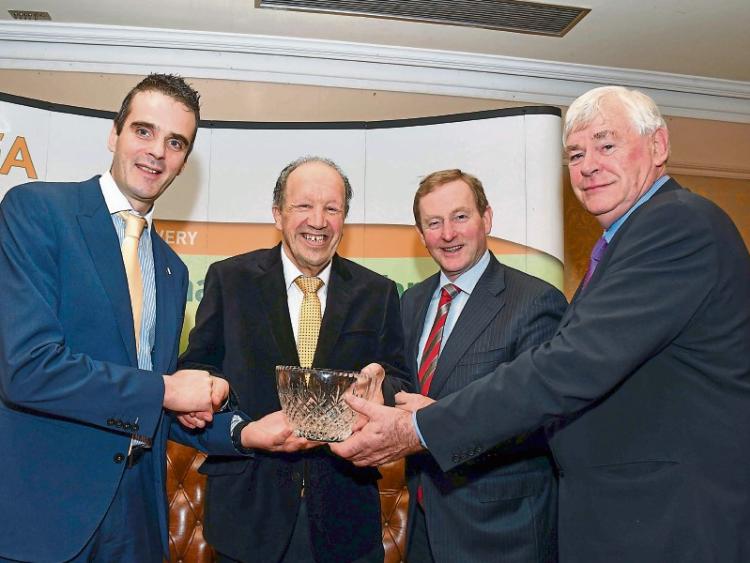 One of the biggest rounds of applause at Saturday night's IFA dinner honouring those who took part in the farm walk of 1966 was reserved for auctioneer, George Candler, writes Sean Keane.

He was the recipient of a special award from the IFA in recognition of his 45 years of service to farmers and Kilkenny mart.

IFA County Chairman, Johnny Bambrick, stunned George when he started to read out the citation. He explained how George's mart report on KCLR96FM every Thursday night was compulsive listening for all farmers and he said George had given his services free to so many charities over the years, that it would be impossible to name them.

He said that George was respected and admired the length and breadth of the country.

George explained that he was at home in County Roscommon when his father sent him to Kilkenny to become an auctioneer so that he could back home to farm and practice his profession.

George said his father has known Mick Gibbons, Jim Mullins and others through the farmers' rights campaign.

He said he was honoured and humbled by the presentation and again called on farmers to look after their health and to get checked out following his recent, ongoing health scare with prostate cancer.

Before he left the podium., Johnny Bambrick also paid tribute to Ann Rose and Joe Kelly, regional personnel based with the IFA at Cillin Hill.

He thanked them for their hard work ethic and their commitment and said the organisation was lucky to have them.