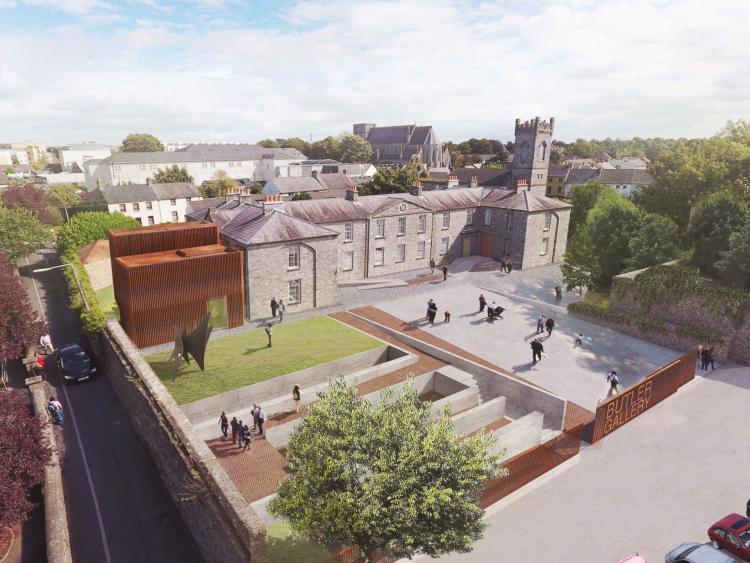 A CGI image of the redevelopment of Evans Home.

Plans to redevelop the historic Evans Home building on John Street could be the catalyst for a regeneration of the John's Quay area of the city, according to one local councillor.

Following recent approval by the members of Kilkenny County Council to proceed with the redevelopment of Evan's Home for the Butler Gallery, Cllr Malcolm Noonan has proposed that it should form part of an urban regeneration project. At the January meeting of Kilkenny County Council, the Green Party councillor said that the local authority should consider a wider redevelopment of the quay, incorporating the Home Rule Club, historic houses, and the Carnegie Library.

"I have long held the view that we should abandon plans to develop a new city library at Meubles on John Street," said Cllr Noonan.

"In my view, the site there is inappropriate and we should not be abandoning the beautiful Carnegie Library. I would propose that the old library building could become a portal into a modern state of the art library extended at the back of the building, removing most of the car parking and landscaping around the new building."

The total cost of the Evans Home project is estimated at €4 million. A grant of €2 million is in place from the Department, but the balance will have to come from Failte Ireland and the council's Capital Budget.

Cllr Noonan says that the proposed development of Evan's Home would create a whole new cultural focus on a historic part of the city, and give capacity to the Home Rule Club to redevelop its premises - as well as improved lighting, paving and road surface.

"Furthermore, I think that the lanes offer pedestrians and cyclists options to avoid heavy traffic on the Central Access Scheme and on John Street, and could be developed further with improved signage and road markings," he said.

"Creating a cultural hub around the library, the Home Rule Club and the Butler Gallery, coupled with seeking support from the OPW to open limited access to the old chancel of the Conventual Church on the grounds of St John's Priory, could open up a whole new aspect of our city's built heritage. If we are to consider a revised use for the old Meubles building perhaps it could be used as a community arts centre."