Kilkenny's worst fears have come true. The Government's boundary committee has recommended that 15,000 acres of prime Kilkenny land and 5,500 people currently living in County Kilkenny be uprooted and placed into County Waterford.

It proves that the original story on the landgrab in the Kilkenny People was 100% correct and not scaremongering. 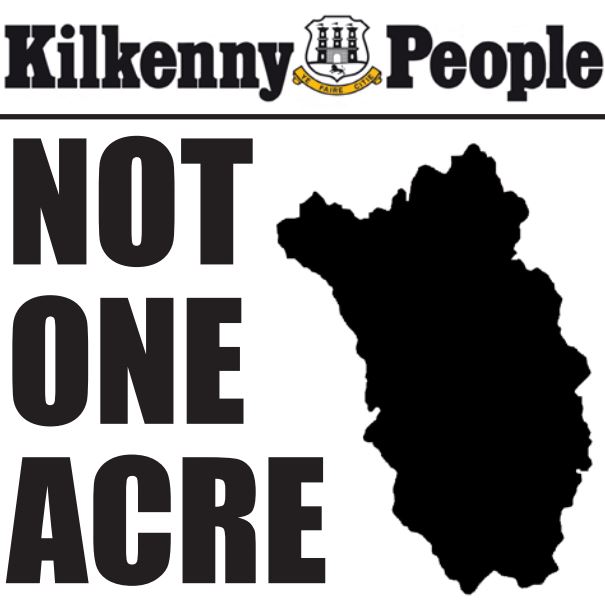 See picture of area affected within blue line below. 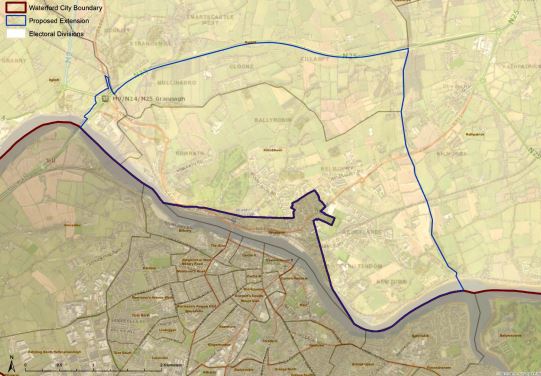 And it has been revealed that 19,100 people who made submissions on the issue were against the boundary change while only 35 submissions were in favour.
This has shocked Deputy John McGuinness of Fianna Fail. The Kilkenny TD said the will of the people had not been taken into the account and that the recommendation was deeply flawed. He added that Fianna Fail was standing over its promise to vote against the boundary extension when it comes before the Dail on a vote.
The three man boundary committee has recommended that Housing, Planning and Local Government Minister Simon Coveney extend the boundary of Waterford into County Kilkenny by including the entire Electoral Area of Kilculliheen and those parts of the electoral Areas of Aglish and Dunkitt in Kilmacow contained within the Area of Interest that lie south of the of the N25 bypass.
Should the Minister decide to accept the recommendation a number of consequential measures should be taken, the committee said.

Changes to electoral representation
The population living within the proposed boundary extension area is estimated at between 4,500 and 5,5000. “The effect of transferring this area to Waterford is likely to be an increase of one councillor in Waterford Metropolitan District and a reduction of two councillors in the Piltown Municipal District of Kilkenny County Council.
As this would result in the membership of the Municipal District dropping below the statutory minimum of six elected members, it would be necessary to reconfigure all of the Municipal Districts within County Kilkenny.

Waterford Council has stated that in the event of an extension of the boundary into Kilkenny, it will retain the existing Kilkenny provided branch library in Ferrybank but does not propose to offer other non-library local services, currently provided by Kilkenny, from that location due to the proximity of the area to Waterford City Hall.

The Committee recommends that Waterford Council should re-consider that decision for the following reasons:

The Ferrybank office provides a convenient service – probably within walking distance for most – to local residents. It would be a pity if a boundary extension resulted in a diminution of the existing level of service.

On the other hand, Kilkenny County Council will have to consider how best to provide services to the Piltown Municipal District currently based at Ferrybank. The existing library at Ferrybank will continue to serve the public within its catchment area, regardless of local authority boundaries.

The extent of revision is primarily confined to areas dominated by Residential land-use zonings. However, there are some Commercial and Industrial uses that deliver Commercial Rates income to Kilkenny County Council. Loss of Residential Property Tax and Commercial Rates income will require to be compensated to Kilkenny County Council by Waterford Council. This will be balanced to some extent by the removal of responsibility for cost of delivery of services for Community Development (including the branch library in Ferrybank) in Housing and for Transport-associated expenditure in maintenance and upkeep. The Committee acknowledges that Kilkenny County Council will have to carry the bulk of in-house delivered services due to the retention of staff and due to the requirement to keep or relocate services for the Piltown area.