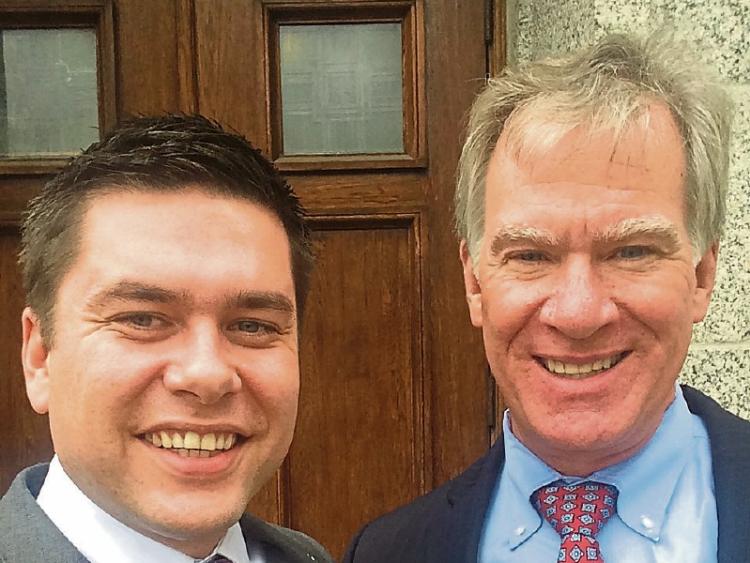 Kilkenny County Council are to investigate the possibility of twinning County Kilkenny with the State of Minnesota according to Councillor Andrew McGuinness.

The Fianna Fail councillor recently put forward the proposal in the form of a Notice of Motion which in turn was passed unanimously by the elected members.

Kilkenny is already twinned with its namesake in Minnesota since 2013 with many successful projects in process. The last four Kilkenny Mayors have visited starting with Martin Brett in 2013. Kevin Taaffe, who has been Mayor of Kilkenny, Minnesota since the twinning began has become a regular visitor here every St Patricks Day.

"The twinning agreement has gone from strength to strength and it seems now like a natural progression to look into joining our county with the State of Minnesota.

"I have met with Mayor Taaffe and with the Mayor of St Paul, Chris Coleman, and I have discussed this possibility with them. They are both very interested and there would be great benefits for both sides if this were to happen. Chris Coleman has announced his candidacy for State Governor so it is fantastic that somebody at that level of politics in America is interested in Kilkenny.

"The connections we have with Minnesota are huge. Not only have we a shared history and a strong friendship with Kilkenny, Minnesota, but a Kilkenny man, Bishop Ireland, was responsible for the construction of St Paul's Cathedral, one of, if not the most impressive building in St Paul.

"We would be the first county to twin with a an American State and it may be the case that it cannot happen but it is certainly worth a try. During my visit as Mayor in 2014 I was amazed with the level of interest they have for Kilkenny and the enthusiasm surrounding our twinning. It would be fantastic to take it to the next level and to build relationships between schools, GAA clubs and so on so communities on both sides can benefit from the relationship.