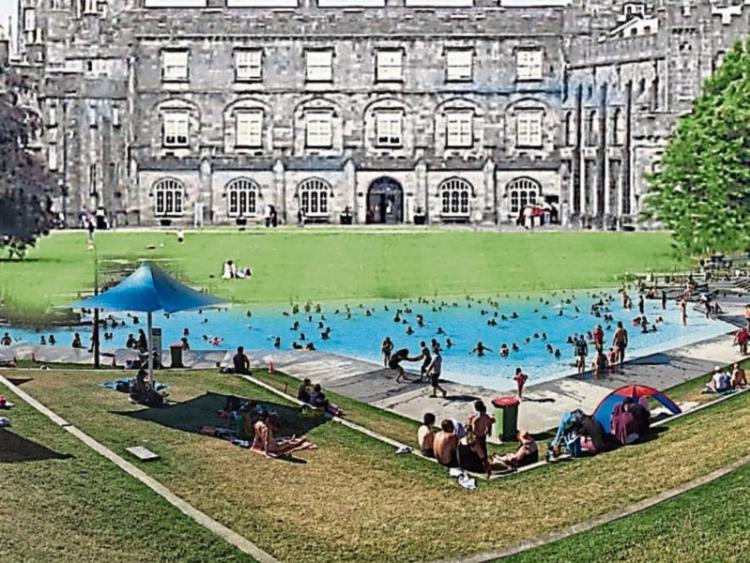 In January 1964, Kilkenny Corporation planned to build a swimming pool in the grounds of Kilkenny Castle.

This serious proposal came two years after the local authority had been approached about putting a Campbell's soup factory on the 52 acre site.

According to the town clerk of the day, the late Mr Peter Farrelly, it was to have been: “A large scale swimming pool with pleasure grounds surroundings.”

The plan had been forwarded on to the then 7th Marquis of Ormonde who still owned the castle and would have had to grant approval for it.

In 1962, the current planning laws were not yet in place so the Corporation really had carte blanche to do what they wanted.

Mr Farrelly writing in June 1964, told the then estate agent for the castle, Mr RB Haughton Esq. that the proposal was a worthwhile one and would eventually be: “A great asset as an amenity in the city.”

The Corporation a year earlier, were told by independent contractors that their plan would cost £100,000.

At that a stage it was shelved because the cost was too prohibitive.

As if out of fresh air, a new proposal from the same people was brought to the attention of the Corporation members.

Again, a swimming pool was at the heart of the blueprint along with tennis courts, bowling grounds, paddling pool and pleasure park. The cost -  Between £30,000 and £32,000.

Mr Farrelly writing again to Mr Haughton said the site suggested for such a development in the grounds was at the very end of the castle grounds. Mr Farrelly, who was a very polite person said:” I was directed by the Corporation to ask if the Marquis of Ormonde would be prepared to allow the corporation to use either of these two sites for the purpose of the pool and pleasure grounds.”