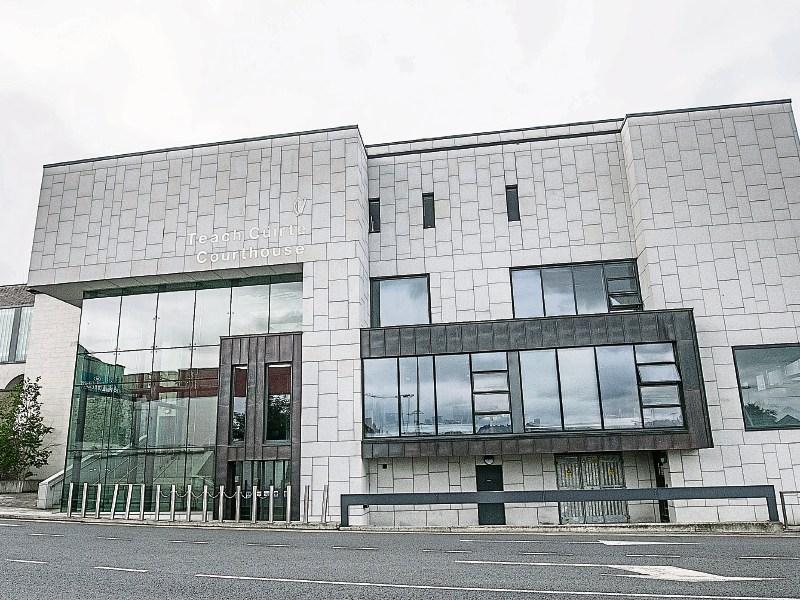 A five-year-sentence was handed down to a joyrider who drove off leaving a hitch hiker hanging onto the side of a stolen jeep and ended up ramming a garda patrol care on three occasions.

The final year of the sentence was suspended on condition that the defendant be of good behaviour for two years from the date of his release.

Detective Sergeant Matt Filan gave evidence at Kilkenny Circuit Court. He said that on the date in question the injured party, a hitch hiker was 'leaving the country to travel the world'.

“He left Cork and went to Kilkenny and got a lift on the Bennettsbridge Road. He was going to Thomastown to visit a friend to say goodbye.”

Shortly after 4pm a Land Cruiser, being driven by the defendant, Jake Breen of 19 Beech Park, Tramore picked him up. When the vehicle arrived in Bennettsbridge the driver informed the injured party that he was in his destination.

“As he was getting out of the back seat he requested the driver to hang on as he needed to get his rucksack.

“The driver drove off and the injured party was left hanging onto the vehicle. He had no doubt that the act was intentional. He lost his grip and fell to the ground and injured his wrist and lip,” he said.

The court heard that he had been in the car for approximately eight minutes and had travelled five kilometres when the incident occurred. The injured party went to the garda station in Bennettsbridge and the gardaí passed on the details to gardaí in Thomastown. Gardaí went to the Cloughabrody Roundabout in Thomastown and as they approached the roundabout they saw a Land Cruiser approaching. The vehicle had been stolen six days earlier in the Ballyfoyle area of Kilkenny.

The driver of the garda car put their hand out of the window to request the oncoming vehicle to stop and the jeep drove on at speed and travelled into the New Ross Garda District. The court heard that there is another independent investigation file being submitted to the DPP.

The detectives followed the marks in their unmarked patrol car and ended up on a country laneway in Borris, Co Carlow where the suspect vehicle collided with the front of the patrol car.

The gardaí identified themselves and the blue lights were also on and they alighted from their vehicle. The saw the Cruiser 'coming at them' and 'feared for their safety'. The gardaí got back into the car and there was a second collision and the gardaí were jolted in the vehicle.

The driver of the jeep then reversed down the lane and gardaí feared that their lives might be at risk and Garda Brian Whitty alighted and produced a firearm.

The vehicle reversed and hit a stone wall and it partially mounted the wall and it became lodged. The two occupants alighted the vehicle and fled on foot into a field.

The detectives gave chase and arrested one suspect (who is the subject of a separate prosecution).

Jake Breen was not arrested initially. The backpack of the injured party was found in the jeep. A knife was missing from the contents and a tent had been slashed. There was substantial damage to the vehicle, which was found to be defective. Both gardaí were medically examined after and they received no serious injuries as a result of the indent.

Later that evening at 11.30pm an elderly couple living in Borris received a knock on the door of their home. He told the couple that his girlfriend had thrown him out of the car and asked if he could ring his father. The couple had been made aware of the suspect via a text alert. The defendant rang his father who advised him to hand himself in and he was arrested a short time later.

A victim impact statement was read out to the court. The injured party was in Spain and outlined how he had suffered some injuries falling from the moving vehicle including a sprained wrist and abrasions. He said that following the incident be became 'wary and nervous' but added 'thankfully that was shortlived'.

“Financially I am at a loss for a particularly fine tent, a knife and a torn pants. I have since learned to sew so the damage is not irreparable.

Evidence was also heard how the couple, who were described in court as 'Good Samaritans' gave the defendant tea and a sandwich and old clothes to change into while he was waiting for the gardaí.

Defence barrister, David Bulbulia said his client was under the influence of 'older and more sinister people' at the time and is 'petrified of meeting these people in prison'. He is currently serving a sentence at Wheatfield prison on unrelated matters and is on a 23-hour lockdown for his own protection.

The court heard that the defendant left school at 16 and did well in his Junior Cert.

“He had a somewhat fractious relationship with his family but in his hour of need he contacted his father and took his advice and handed himself in,” said d Mr Bulbulia.

“He is anxious to further his education while he is serving his sentence and he wants to do an apprenticeship in mechanics.” Mr Bulbulia concluded his submission the court by saying that it was miraculous that 'no one was killed or seriously injured'

Judge Brian O'Callaghan said that he had to stress the 'seriousness of the offences' and described the defendants actions towards the hitchhiker as 'despicable'.

“He was relying on you and you offered him a lift to take advantage. He was lucky that he was not killed,” he said.

“The gardaí are also lucky to be alive. There is no doubt that it takes a lot for a garda to draw an armed weapon and in this case Garda Whitty had to do this on the defendant's third attempt to ram the garda car.

Addressing the defendant he said: “You showed absolute and total disrespect for every aspect of society to property, to citizens and to law and order. You have literally broken every rule that any decent member of society tends to live by. This is purely and solely criminal activity of the most grievous nature.”

The judge continued that 'the degree of dangerous driving is quite shocking'.

“You caused injuries to the individual hitch hiking and you were totally reckless as to what injury you caused on the night. The court cannot ignore the fact that there was a young man left dumped on the side of the road and no sentence or penalty can redress what has been done.”

Judge O'Callaghan convicted the defendant, who has 40 previous convictions of criminal damage, including damage to a garda car and the jeep; unlawful use of a MPV; theft; endangerment and dangerous driving on November 7, 2016. He imposed a five-year sentence and he suspended the final 12 months the condition that the defendant be of good behaviour for two years from the date of his release.