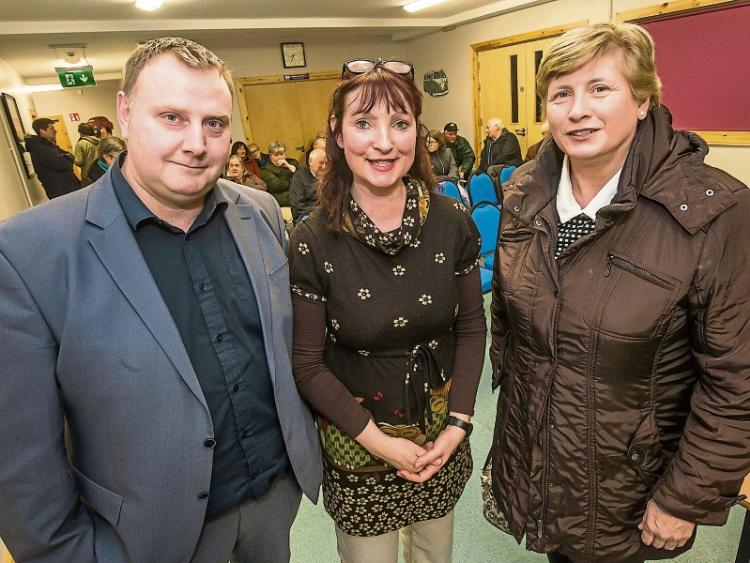 There is huge concern locally over the future of bus routes servicing Kilkenny, following revelations in recent days that some are in the firing line for closure.

Bus Eireann announced this week its intention to end the X7 Dublin to Clonmel service, which is used by many people in Kilkenny, including students and older people. The transport company has said it is a cost-saving measure.

Service cutbacks are to begin from next Monday, March 6. It's anticipated the X7 route, which also services Callan, will be the first to be shut down, from March 12.

There are also worries over the future of the X4 Expressway serving Mullinavat, Thomastown, Ballyhale and Gowran. On Monday evening, concerned local passengers, residents, businesses, students, politicians and bus drivers attended a public meeting in Thomastown Community Centre, organised by local councillor Breda Gardner, to launch a campaign against any cuts in local bus services.

“It was wonderful to see such support from all the local communities in south Kilkenny who will be devastated by any cuts in service,” said Cllr Gardner.

“It was also noticeable that there is cross-party consensus on this issue. Three local TDs — John McGuinness, who was at the meeting, Kathleen Funchion and Bobby Aylward — have all publicly pledged their opposition to any cuts. I am now calling on Fine Gael TDs John Paul Phelan and Pat Deering to get on board.

“Local councillors from Fíanna Fail, Sinn Fein and even Fine Gael at the public meeting also expressed the support, so it’s about time TDs and Ministers stepped out of the bubble of Leinster House and joined the real world.”

The Independent councillor says that successive Governments seem to have little interest in communities beyond the M50.

“If local bus services are cut, how will people get to work?” asks Cllr Gardner.

“How will sick people get to hospital? How will students get to college? How will pensioners collect their pensions or get to the shops? We’ve already lost our Post Offices and Garda Stations, and cuts to bus services are yet another attack on rural Ireland by central Government.”

The National Bus & Rail Union has organised a meeting in the Park Hotel in Clonmel for tomorrow evening (March 2) at 8pm.

Cllr Gardner is also arranging a public meeting for next Wednesday, March 8, at 8pm at the Clubhouse Hotel in Kilkenny City.