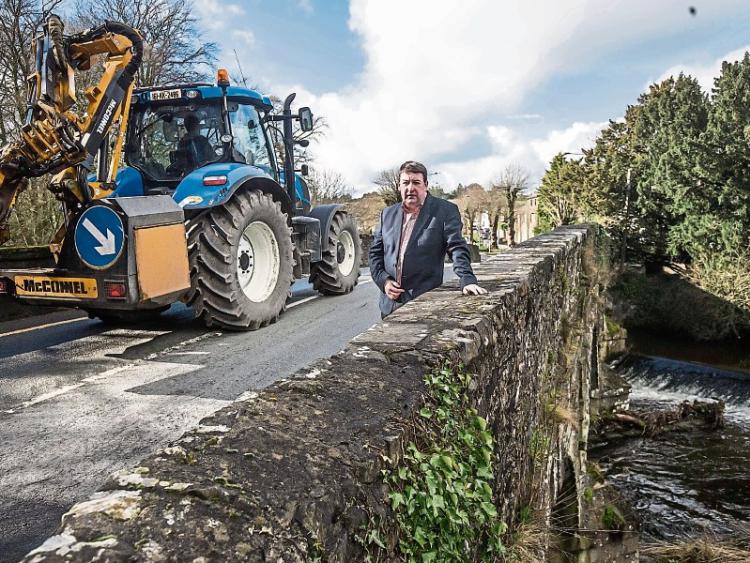 A new pedestrian bridge crossing the River Deen may soon be on the way to Castlecomer, improving safety and access from the town to the nearby Discovery Park.

It follows a Notice of Motion brought by Councillor Pat Fitzpatrick at the recent Castlecomer Municipal District meeting, which found support from members. Cllr Fitzpatrick said that the amount of traffic coming over the bridge in 'Comer meant that pedestrians were taking their lives into their hands.

“The footpath is only 16 inches wide at one point,” he said.

“There's over 100,000 people go to the Discovery Park, and we want a high percentage of them coming into Castlecomer, and people [doing so] safely. It's absolutely frightening going across the bridge and coming against a truck as a motorist or a pedestrian.”

“I know it will be taken seriously by the executive – it must be taken deadly seriously,” he said.

“It's a very narrow bridge, the way it was designed. Even a footbridge, if there could be something put together.”

“There is a big element of danger there,” he said.

“And there's a lot more pedestrians using that bridge with the success of the Discovery Park.”

Cllr Maurice Shortall said he would also like to be associated with the Notice of Motion.

“This has been in our Local Area Plan for some time,” he said.

“If a person with a buggy meets anyone, there isn't sufficient room to pass.”

Acting director of services Simon Walton said that the Ossory pedestrian bridge in Kilkeny City began as a feasibility study which the members agreed to fund, and maybe a similar idea could be looked at in this case.

Area engineer Philippe Beubry said the council could also look at some temporary solutions for pedestrians on the bridge in the interim.