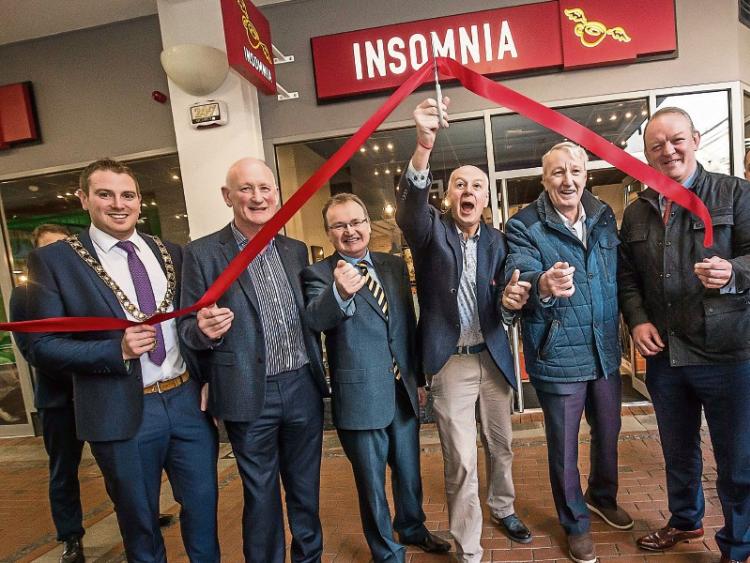 Sporting legends and local business people broke bread together in Kilkenny this morning at a special event to mark the opening of Bobby Kerr’s newest Insomnia coffee shop in Market Cross Shopping Centre.

Mr Kerr said he’d been in business for years, and had always wanted to open an outlet in his hometown.

“It’s great to be back in the place I love, and to have a business again in Kilkenny,” he said.

Mr Power gave some insights on economic factors to enhance strategy planning and communication in business. Brian Cody praised Mr Kerr’s entrepreneurial spirit, and welcomed the arrival of the new coffee shop. He spoke about teamwork, and getting the competitive edge in both sport and business.

Even when pressed, Willie Duggan wasn’t giving much away on what Ireland’s prospects for the rest of the Six Nations championsip. Mick Galwey was less reticent. He reckoned a win against Wales would put Ireland in the driving seat, with England facing a tough battle against a Scotland side increasingly growing in confidence.

“Hopefully we can drive on that lads, it doesn’t get any better.”

The new 1700sq ft café is now officially open on the ground floor of Market Cross.