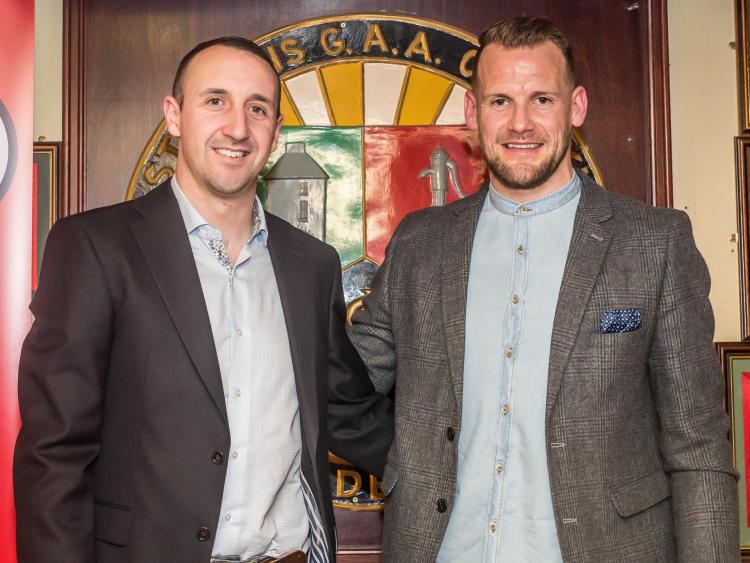 Last night hundreds of James Stephens club members, along with a galaxy of GAA stars, turned up to pay tribute to two legends of the game, Jackie Tyrrell and Eoin Larkin who recently retired from the Kilkenny senior hurling panel.

The night, with former Offaly hurler Michael Duignan as MC saw Eoin and Jackie thanked for their outstanding service to Kilkenny hurling - winning 17 All Ireland medals between them.

The night opened with thanks from club mate and Kilkenny manager Brian Cody and Kilkenny GAA chairman Ned Quinn.

One of the livelier debates was a 'rematch' between Tommy Walsh and referee Brian Gavin.