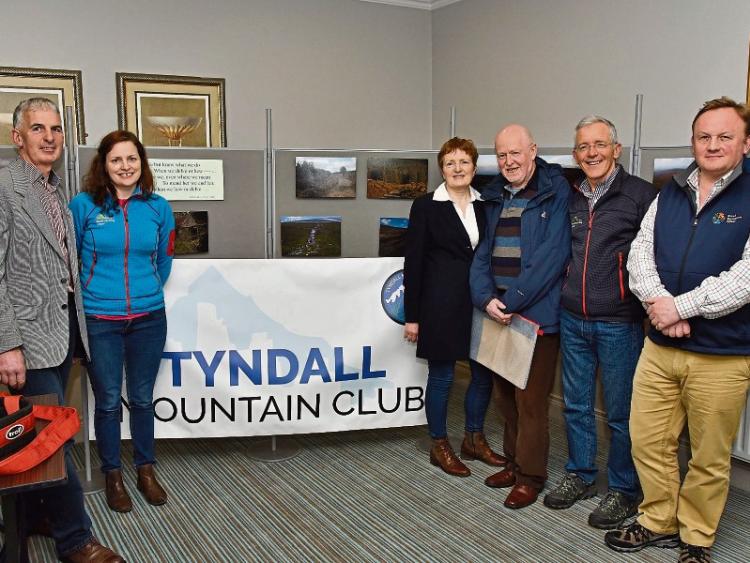 The 109-strong club hosted hiking clubs from every corner of Ireland for Mountaineering Ireland's biggest weekend of the calendar year, at Springhill Court Hotel last weekend.

The weekend kicked off to a leisurely start with a visit to Mosses Pottery and a walk along the banks of the Nore from Bennettsbridge to Kilkenny castle.

Registration was on Friday at 7pm and was followed by a welcome by Tyndall Chairman Jim Healy, followed by a talk by Trail Kilkenny Rural Development Officer Harry Everard. Keynote speaker on the night was long standing Tyndall Club member Kevin Higgins who spoke on A Neglected Part of Ireland's Heritage – Mountaineering.

South East Mountain Rescue also attended with a display of their skills and equipment.

Tyndall Mountain Club was named to commemorate John Tyndall, the renowned 19th century mountaineer and scientist, who was born at Leighlinbridge on 2nd August 1820.

On Saturday the club led nine walks of varying degrees of difficulty – ranging from mountain challenges of 21 kms to a leisurely stroll in Woodstock Gardens.

The weather conditions were very challenging, with rain, sleet and snow, but everyone enjoyed the day.

The Mountaineering Ireland A.G.M. was held that evening followed by a members forum and dinner which was had a large attendance. After dinner speaker was Pat Brennan, retired mountaineer who spoke eloquently about his climbing in the Dolomites, Swiss Alps and Ireland and Wales.