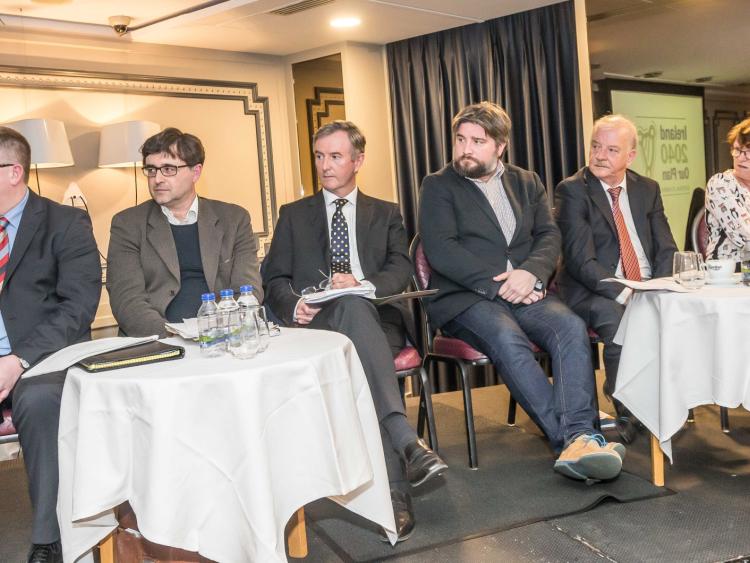 Leading organisations are urging the people of Kilkenny to have the final say on the boundary issue and safeguard the county's future.
Kilkenny County Council, Kilkenny Chamber of Commerce and Kilkenny GAA County Board are all calling on the public to let the Government know that they will continue to fight to keep the boundary lines intact.
Speaking at a public consultation meeting on the National Planning Framework Cathaoirleach of Kilkenny County Council, Cllr Matt Doran said that “We must make a clear statement that Ireland in 2040 will maintain its county boundaries”.
“We must send a clear message that county boundaries must remain in an increaslingly globalised world,” he added.
In recent days GAA clubs have gathered over 2,000 submissions calling for no changes in the boundary.
Senior Planner with the Southern Regional Authority, Liam McGree said that the National Planning Framework will have a statutory basis and will be a strategic framework.

It will be supported at departmental, regional and local level and be aligned with and supportd by public and private investment.

The GAA were called to a meeting last week and by Monday night through their network of clubs they had scrambled together over 2,000 submissions.
At the County Board meeting on Monday evening, Chairman Ned Quinn said he was 'delighted' with the response from clubs from all over the county over the last few days.
"The GAA has played its part," he said.
Secretary Jimmy Walsh said people on the ground in the GAA were outstanding in the way they responded to last the call for more submissions.
"If every other organisation did the same we would have hundreds of thousands of submissions," he added.
The Framework will set out the Government's response to national challenges of accommodating around one million extra people and more than 500,000 additional people at work.
In Kilkenny the boundary issuewill be considered in the context of the National Planning Framework.
The closing date for submissions has been extended to March 31.