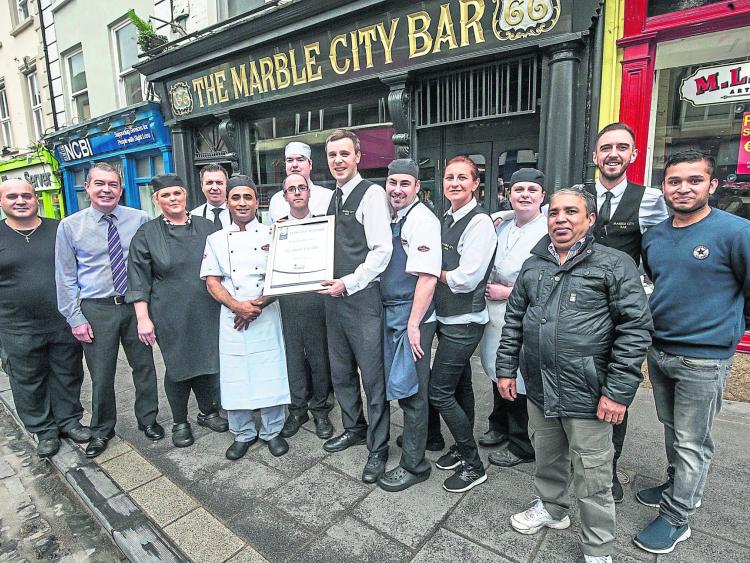 Staff outside the Marble City Bar

This is the sixth time the bar has won the prestigious award since the awards started in 2008, Marble City had their first win in 2010. The four regional finals took place in Kilkenny’s Lyrath Estate at the start of the month.

This win means that the bar goes through to the Ireland Restaurant Awards 2017, meaning that they will now compete for Regional and All Ireland titles, the award show will take place at the Clayton Hotel, Dublin on Monday 8 May.

Speaking on behalf of the bar and restaurant staff, Ray Langton said that the staff thrilled to be awarded the title again, as they constantly strive to maintain their high standard of food and expert service. Ray said that the staff hopeful in achieving the prestigious All Ireland Restaurant Award. The restaurant will be judged by a spot check system over the next month.