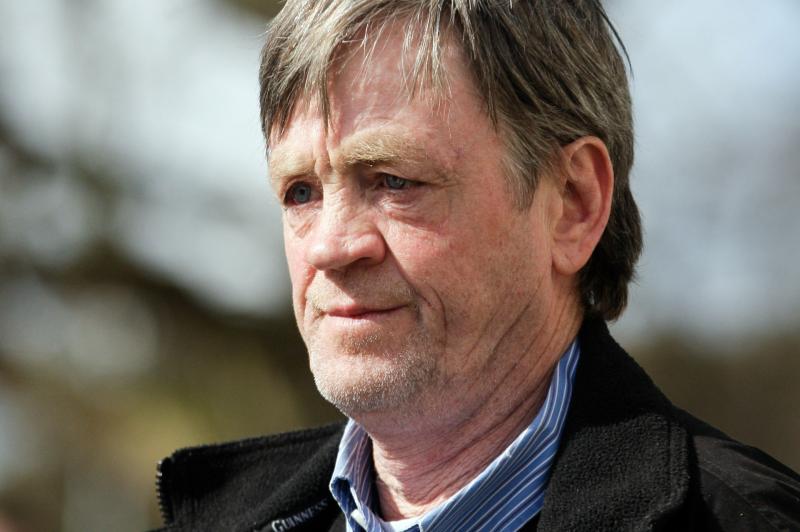 The nephew of a widowed pensioner found strangled in her home 30 years ago has said he was ‘flabbergasted’ to hear a question about her use of a money lender.

Desmond Murphy was giving evidence to the Central Criminal Court yesterday (Thursday) in the cold-case trial of a 53-year-old man accused of her murder.

Mr Murphy, who identified Mrs Smyth’s remains to gardai, explained that she had been married to his uncle, Dick, who had died 11 months earlier.

Under cross examination by the defence, he said that her sisters in law, including his mother, had taken it on themselves, in their visits, to make sure that she was comfortable.

“The onus wasn’t put on her nieces and nephews,” he explained. “In hindsight, it’s easier to say, I should have called more often.”

He was aware that she had home help and that she used to get meals on wheels.

He was asked if he had any knowledge of her using a money lender.

“The only evidence of that was hearing in the court today” he replied, referring to a similar question put to another witness. “I was a bit flabbergasted to actually hear it. It was never indicated to us by our parents.”

He said that her nieces and nephews had children and mortgages so their parents hadn’t put any pressure on them to make any donations.

“No I wasn't aware that Nancy was ever seeking a loan but I was aware that her three sisters in law were doing their bit for her,” he added.

He also said that none of her nephews or nieces had known that she had taken in lodgers.

The bartender, who had served Mrs Smyth her final drinks, earlier described her as ‘just a lovely person’.

Ann Lahart testified that Mrs Smyth came alone to her parents’ pub on John Street at about 9 o’clock on the evening before her death.

“She was partial to her rum and blackcurrant and she also liked her whiskey and lemonade,” she said, explaining that she would have ordered one or the other.

“She was in great form,” she recalled.

She said Mrs Smyth was a regular customer and spoke to the other customers she knew.

“She spoke with, I can’t remember the name,  a barman from Jim Langton’s Bar, who in turn bought her a drink,” she said.

“She came in most days. We built up a rapport. She was a lonely little woman,” she explained. “I got to know her. I always made a point of being sociable towards her, My 21st had been coming up and I’d asked her if she’d like to come.”

Mrs Lahart was asked to describe the deceased.

“She was lovely. She was just a lovely person,” she replied.

She said Mrs Smyth was ‘quiet in her own way’ but was quite happy to chat with those she knew.

“She had funny little ways about her. She used to carry her radio in her handbag,” she recalled. “She was quite particular about her radio. She was all the time checking the batteries. I would have checked the batteries for her. I’d only changed them about a week before hand.”

Ms Lahart confirmed that she knew nothing of her taking a loan from a man, who used to drink in the pub.

The trial already heard that Mrs Lahart’s father had dropped Mrs Smyth home and seen her into her hallway later that night ‘for safety’.

Security man Dermot Fennelly was making his rounds a few hours later. He testified that he called the gardai after noticing smoke coming from her house and seeing flames through a window.

Anthony Lacey was a member of Kilkenny Fire Brigade at the time. He said he and his colleagues had used a sledge hammer to strike the Yale lock and get in the front door.

“We noticed after there was a bolt on the door on the inside,” he recalled, adding that he didn’t think it was on.

“After putting on our breathing apparatus, we started to search. We were fairly sure that there was somebody in the house,” he explained.

“There was a couch. There was only a small bit of a flame on it from the arm of the couch. It wasn’t anything to be worried about, just a very small fire."

He described the smoke in the house as intense, and the visibility as bad.

“I kind of just moved the couch very slightly. I stumbled over something,” he said. “I just felt with my hand for a minute. It was a body.”

The court heard the statement of the doctor, who had pronounced death at St Luke’s Hospital. The statement described the deceased being in her day clothes, with her face blackened.

The trial continues before Mr Justice Patrick McCarthy and a jury of five women and seven men. It’s expected to last more than three weeks.