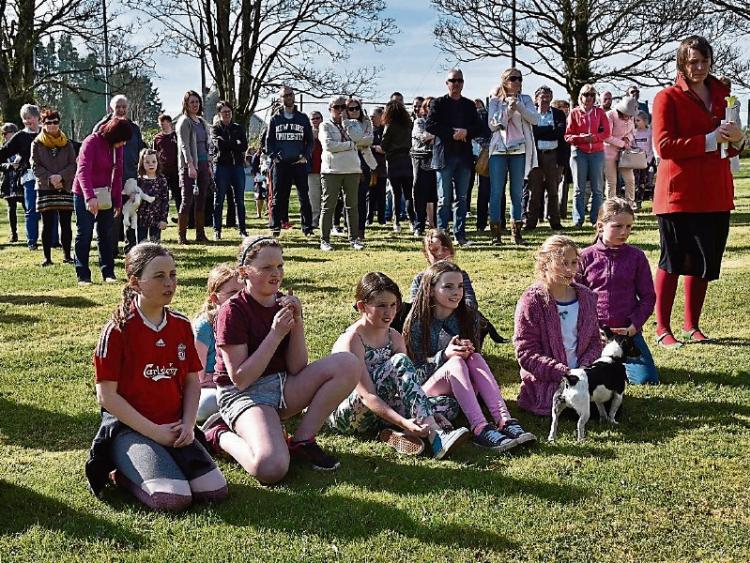 Glorious sunshine shone down as people made the short walk from Market Street in Thomastown to the graveyard at the old County Home to acknowledge the women and children who died at the County Home.

The walk of remembrance took place on Mother's Day and was organised by Gillian Grattan. She explained that she felt it was important to acknowledge what had happened locally and to respect and acknowledge the special bond that exists between a mother and her child.

“The idea came out of the scandals surrounding the Mother and Baby Homes. My own mother was adopted and I was affected by the recent revalations and I felt it was important to do something,” she said.

The former workhouse and county home is one of a number of sites earmarked for investigation. Burial arrangements for unmarried mothers and their babies and children who died in the Thomastown County Home are being examined by A Commission of Investigation. It is not known how many babies and young children died at the Home which operated from 1923 until it closed in the mid fifties.

“There are lot of people out there hurting and I wanted to acknowledge that hurt and to respect the significance of the bond that is between a mother and her child,” she added.

A number of members of the local community sang, read poetry and played music in a poignant gesture to give recognition to the women and children who died at the home.