Hubs would be geographically clustered or themed, in places such as Castlecomer, Inistioge or Kells 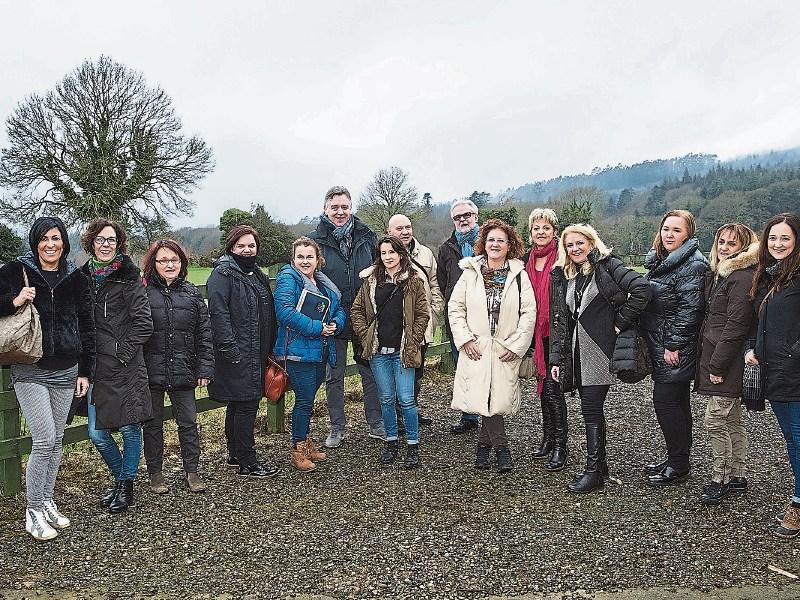 Italian travel agents during a trip to Kilkenny earlier in the month. They were here as guests of Tourism Ireland and Failte Ireland, on a fact-finding visit to sample Ireland's Ancient East.

A number of locations around Kilkenny are set to become sub-county destinations or 'hubs', with the aim of expanding the city's tourism success out to the rest of the county.

One of the main themes emerging from consultation on the council's new tourism strategy has been the perceived imbalance between county and city, whereby the latter is regarded by some as a separate entity, which 'gets the benefit of investment'.

As one part of the new tourism plan, the council is proposing to develop rural hubs, geographically clustered or themed, in places such as Castlecomer, Inistioge or Kells. They will be a place for communities to tell their own story and develop tourism structures.

The aim is to foster the idea of 'One Kilkenny', where rural and urban share mutual goals and benefits.

“When I say Kilkenny, I'm talking about Galmoy to Ferrybank,” senior executive officer Brian Tyrrell explained to councillors at a meeting last week.

“Tourism is not a 'silver bullet', but it can certainly help with rural regeneration,” he said.

The plan received support from local councillors, many of whom had their own idea as to how it could play out.

Councillor Michael Doyle called for the creation of a 'golden triangle' between Thomastown, Graignamanagh and Inistioge.

“If Inistioge was a hub, it's an opportunity for big things to happen,” he said.

Cllr David Fitzgerald said there was an opportunity to consider a 'Ring of Kilkenny'-type trail for visitors. Noting the importance of transport access to Kilkenny Castle's success, the Fine Gael councillor said coach parking could be developed at other locations around the county , which would in turn create a chance for others such as shops and food businesses.

“Why can't we create a Ring of Kilkenny? I think we should be creating coach facilities at key points throughout the county, and a clear route so connectivity is enhanced,” he said.

Cllr Patrick McKee warned that trying to include too many locations could result in resources being spread too thinly.

“Everyone can't get what they wish,” he said.

“In order to have a coherent strategy and brand, we need to identify the locations and not try to please everyone. We need to be pretty discriminatory in terms of what we pick.”

“If we dilute things too much, we will end up with a hotch-potch,” he said.