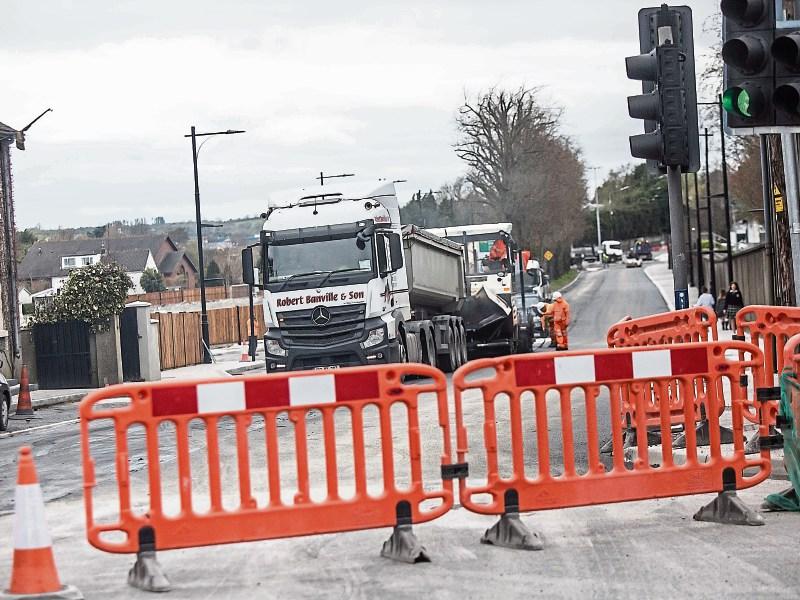 A closed section of the Castlecomer Road yesterday evening.

A number of roads peripheral to the Central Access Scheme in Kilkenny City will be temporarily closed in the coming days, for final works as the project nears completion.

Restrictions are in place on Michael Street today, while both Vicar Street and Wolfe Tone Street are likely to see closures next week.

Kilkenny County Council says that notice will be issued to local residents in advance of the closures. Diversions will be in place, but road users can expect some disruption and congestion.

Meanwhile, the section of the Castlecomer Road, from the northern side of the new road’s roundabout up to the roundabout with Barrack Street, remains closed to through traffic between the hours of 7am and 9pm.

Local access only to the residents and businesses of Castlecomer Road, Newpark Drive, and the new road. No through traffic is permitted.

The surface of the roundabout at Newpark Drive/Castlecomer Road has been in a considerably poor condition for weeks now. Surfacing and road marking works are under way to prepare the road network ahead of the opening of the bridge next month.

Residents and those who work or travel through the locality have again expressed their frustrations with the ongoing works, the resulting traffic, and the level of communication with them. A number of people said they received very late notice of the closures, or none at all.