'Streets of Kilkenny' over the new bridge draws a crowd 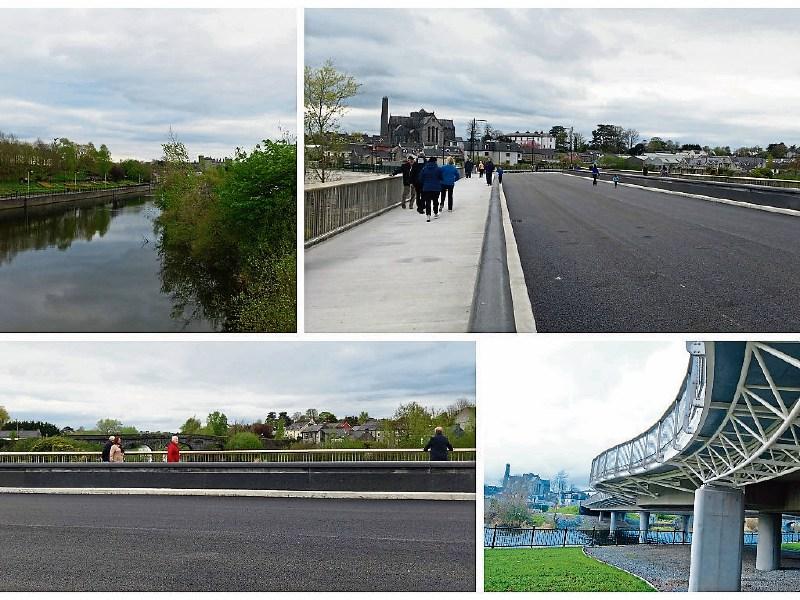 There was a real buzz of activity at the new bridge over the River Nore in Kilkenny City this evening ahead of the inaugural Streets of Kilkenny 5k.

Runners, spectators, curious locals and tourists could be found taking their time to explore the 125m-long concrete structure – open to the public for the first time, just for this evening. Mayor of Kilkenny Pat O’ Neill and local businessman Bobby Kerr were among the hundreds of brightly-attired participants who took part in the race.

The event was organised by Kilkenny City Harriers, and chairman John Maye said he was thrilled with the turnout. He said that everyone was delighted with the course and the stewarding, and the bar had been set high for next year’s event.

The five-span bridge has been in place over the Nore for months now, but not open to traffic. This evening was a temporary opening for people to come out and have a look.

The structure, complete with viewing platform, offers some impressive views of the city in several directions. Significant structures such as Kilkenny Castle, St Mary’s Church, St Mary’s Cathedral, the Black Abbey, and St Canice’s Cathedral are in plain view or partially visible. The sheer size and potential of the St Francis Abbey site is also demonstrable.

There is no date yet confirmed for the official opening of the Central Access Scheme to all traffic, which was originally to have been last year. A date some time in May is the most likely.

Subsequent to the CAS opening, it will be a two-way system for traffic. Green's Bridge will remain two-way for cars, but will become one-way only for HGVs, travelling from west to east. It is also a possibility that Vicar Street will become a one-way street at some point in the future.