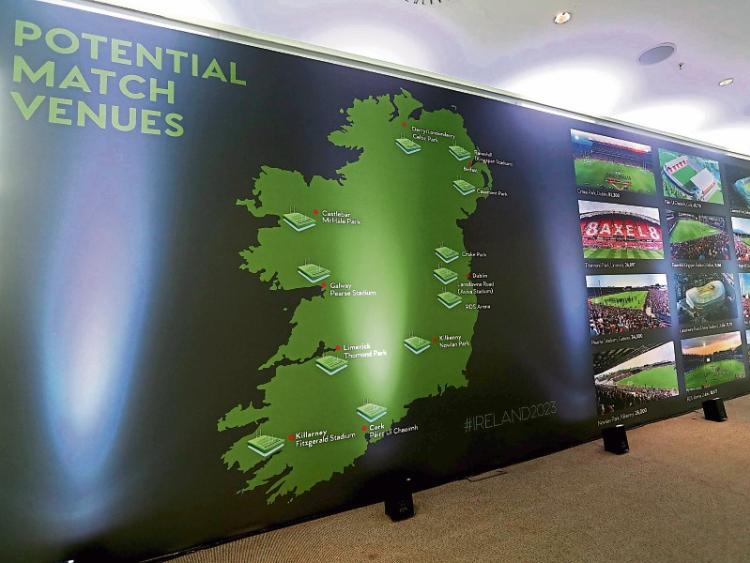 The issue of car parking at Nowlan Park must be addressed to help Kilkenny be ready should Ireland’s 2023 Rugby World Cup bid be successful, according to local councillor David Fitzgerald.

The Kilkenny City venue has already been approved as one of the eight GAA venues to be considered for the staging of games if Ireland's bid to host the tournament is successful. It has a capacity of 28,000 people — but it’s not the number that can fit inside that’s causing one local councillor concern.

Although assessors have already visited Kilkenny on more than one occasion and reviewed things such as infrastructure, there is no doubt that carparking presents a big challenge at times.

A new urban design strategy for the Hebron Road is currently being prepared, and parking is one of the issues that those who live in the area want to see addressed.

“I think it’s time we address the issue of parking for match days around the venue, and also the graveyard,” he said.

The Fine Gael councillor suggested a plot of land near the Aldi in the area which he says could be used as a carpark. He said there could be a joint effort between the GAA and the council to create a hardcore surface there.

“We can’t realistically expect the residents of the area to put up with this indefinitely,” he said.

Cllr Fidelis Doherty said Nowlan Park was a fantastic facility and, wondered whether a park and ride facility could be looked at. Cllr Fitzgerald said he also thought this should be considered in relation to the new city bus service which is currently being established.

For more on the proposed new urban design strategy for the Hebron Road, see next week’s Kilkenny People.