Georgina will represent Kilkenny in No Name Club Awards 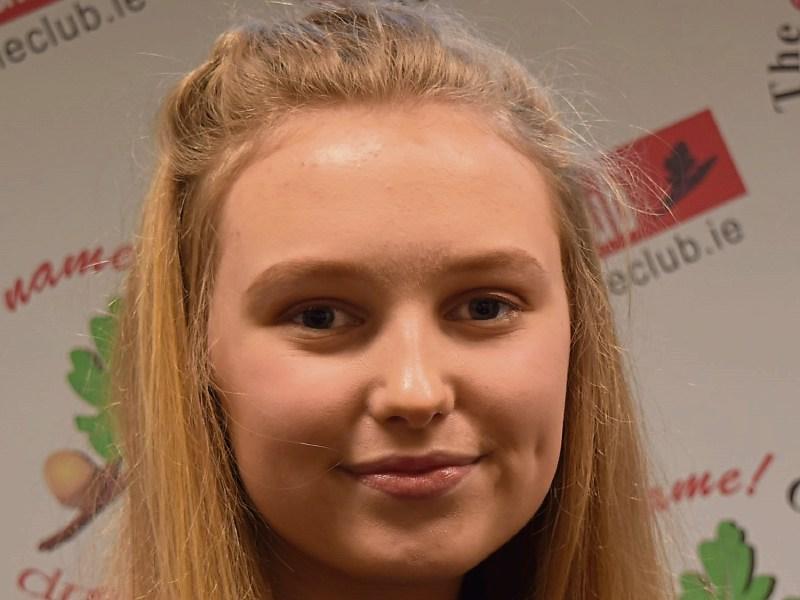 The awards will bring together teenagers and adult leaders to celebrate the work that teenagers are doing in communities across Ireland. The black-tie affair at the Lyrath Hotel in Kilkenny on Saturday, May 6, will see the No Name Club National Host and Hostess of the Year named.

Georgina is a keen sports person playing both camogie and volleyball. She was named volleyball player of the year in 2016 and has won All Ireland titles with the school.

She has completed the Volleyball Association of Ireland’s referee course. Georgina has also won county honours with her camogie club, Danesfort at U 16 level. She is an active participant in her club and has taken part in several activities including O Neill Centre Rockfall Bucket collection, helping Special Olympics set up Bocce Courts and raising funds by selling donuts at Christmas.

She attended the National Youth conference in Athlone and has taken part in a trip to Kippure with other No Name Clubs from the region. Georgina is a Transition Year ambassador for the Watergate Theatre and is currently teaching young children to play spikeball with the spikeball leadership programme.

MC for this Saturday’s event is Maria Walsh, who will interview the finalists on stage and ask them to showcase a personal talent in front of the crowd of more than 1,000 people.

Guests will be treated to a four-course meal and a six-hour disco will allow club members from early hours of the morning in a safe, alcohol free, supervised setting.