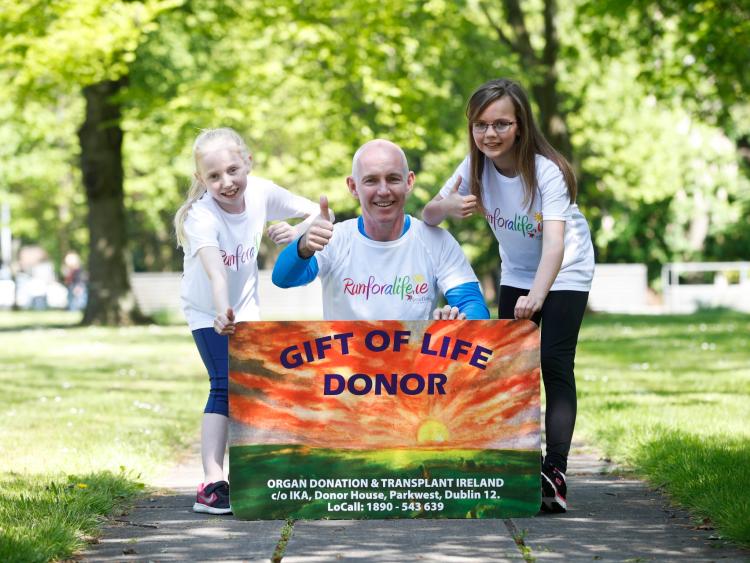 The charity fundraiser which will take place at Corkagh Park in Dublin on Saturday, May 20,  which celebrates the ‘gift of life’ and aims to raise awareness about the vital importance of organ donation and transplantation.

Ray D’Arcy, an avid runner, donned his favourite running shoes for the photocall along with Elizabeth Murphy (age 11), a granddaughter of Jean and Tommy Murphy from Archer's Avenue, Kilkenny. Elizabeth, underwent a liver transplant when she was just five months old. Her extended family recently celebrated the 10th anniversary of her life saving transplant operation which she underwent at King's College Hospital London. Her parents, Suzie and John Murphy, are members of patient advocacy group, Children's Liver Disease Ireland.  Elizabeth has three younger brothers and her family lives in Ballyboughal, Co. Dublin.

Elizabeth’s mother Suzie attended the photocall with her and explained, 'Elizabeth was a gravely ill baby. Were it not for her liver transplant we would not have a daughter today. A deceased donor saved her life ten years ago. I would like to acknowledge the excellent care she has received from Crumlin Children’s Hospital and the fantastic team at Kings College in London'.

Also taking part in the photocall was  Shannen Proudfoot (age 10) from Nobber, Co. Meath, who underwent a kidney transplant three years ago thanks to her donor aunt Ann McGivney.