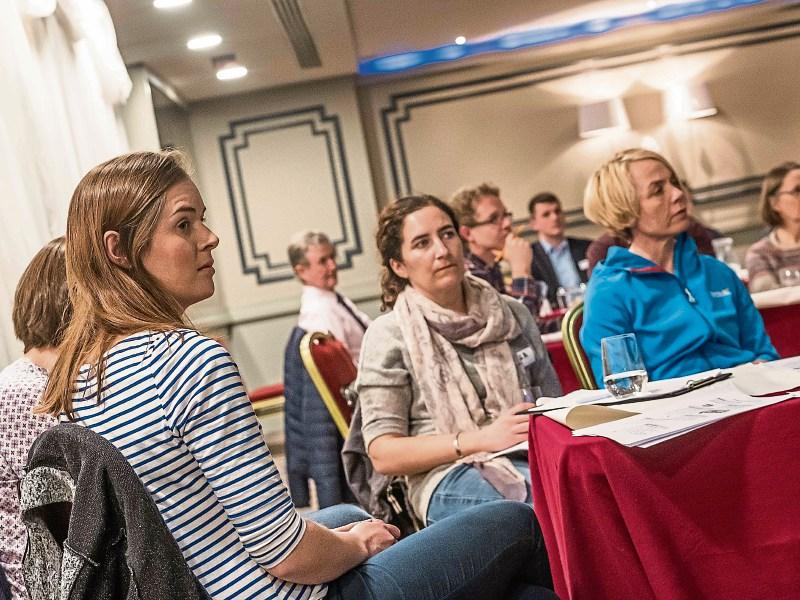 People at the consultation process in the Ormonde Hotel. Photo: Pat Moore.

Archaeological investigations remain ongoing on the St Francis Abbey site as progress continues on the development of the former brewery site.

At last week’s meeting of Kilkenny County Council, site engineer Tony Lauhoff updated members on the site. A conservation team is in place at the Mayfair building, and vegetation such as trees, has been removed under the appropriate consents. The ‘adhoc’ extension to the building has also been demolished. The tender process has begun for both it and the brewhouse buildings.

Archaeological test excavations began on the Riverside Garden project back in late March, in three specific areas. The Detailed Design for that project is substantially completed, while Mr Lauhoff said it is intended to start preliminary consultation with the ‘youth sector’ regarding to the proposed outdoor activity area.

Chief Executive of Kilkenny County Council Colette Byrne said the ‘use’ of the site had not changed. She said it had been made clear there would be a broad range of uses.

“Nothing has changed as regards the masterplan,” she said.

“We have moved on as to how that can happen. We've Planning Permission for two buildings, and their use will be determined by what comes forward.”

Ms Byrne said that many uses were there to be decided for the abbey creative quarter.

“There is significant archaeological work and a significant cost to that, which needs to be funded by the council,” she said.

At least 60 people attended the recent workshop on April 19, regarding the site’s urban design criteria.

Cllr Tomas Breathnach said that archaeology had come up at every public consultation event.

“Again, it's all done in consultation with the National Monuments Service and under Ministerial consents,” he said.