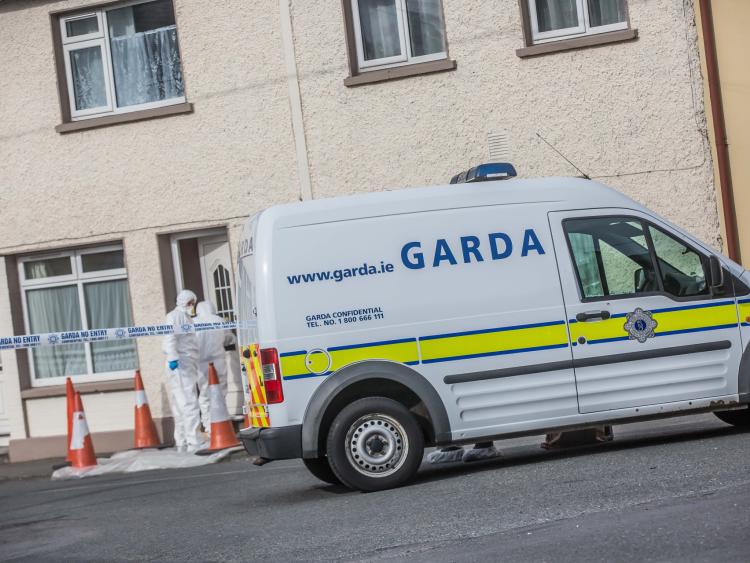 The scene at Freshford this evening. Picture by Pat Moore

'A caring and calm woman' who 'adored her daughter' is how a young mother who died earlier today is being remembered by those who knew her adopted home of Freshford.

The woman, who is believed to be from Lativa, was described this evening as a 'kind and lovely person' by those who knew her in the village.

"She was always with her young daughter, you would often see them in the Millenium Park playing together. She was a wonderful mother and a lovely person," remarked one neighbour.

Local councillor Michael McCarthy told the Kilkenny People that the thoughts and prayers of the community were with the woman's family and friends.

A man in his thirties has been arrested and remains in custody at Kilkenny Garda Station where he is being interviewed by detectives. Gardai are treating the death as suspicious.

A post mortem is expected to be carried out tomorrrow.