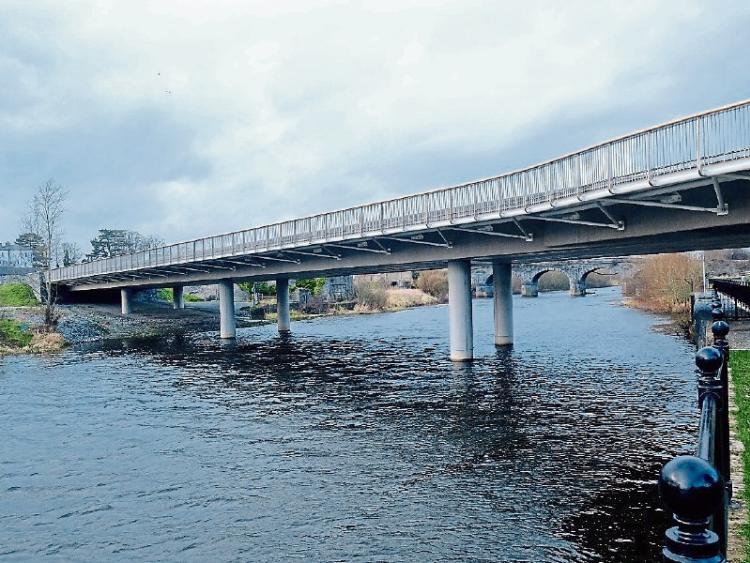 The new 'St Francis Bridge' in Kilkenny City will be open to traffic on Wednesday morning from 11am.

The name of the bridge was decided today by local councillors, in keeping with the nearby St Francis Abbey and brewery site. It was selected from a shortlist of eight names, following public consultation. At today's meeting, councillors voiced their support for the name, but said some part of the site must include the 'Smithwick' name, which has been such an integral part of Kilkenny's history.

Cllr Mary Hilda Cavanagh officially proposed the ‘St Francis’ name, which was seconded by Cllr Melissa O’ Neill. Cllr Cavanagh said the matter had been the subject of long discussions, and it was important that the Smithwick name be included in some aspect of the site, such as a street or square.

“None of us underestimate the value of their contribution and all that was done.”

Cllr Pat Fitzpatrick said he supported this initiative, and that the naming had gone through a comprehensive process. Cllr Fidelis Doherty, who is the chairman of the council’s naming and memorial policy committee, thanked the public, the councillors, and the staff for all their input.

Cllr Patrick McKee said he supported the council’s decision, but was equally keen to see some aspect of the site acknowledging the role of the Smithwick family 'and their invaluable contribution’.

Cllr David Kennedy said it was a fitting name. The Sinn Fein councillor noted that a lot of people had objected to the bridge, but the proposed name had found much agreement generally.

Cllr Melissa O’ Neill referred to ‘the upset’ the project had caused to some people, and the divisions arising from the development. She said she hoped the name could help to bring people together in a good way.

Cllr Andrew McGuinness said credit was due to the members of the public who made submissions and included reasons for why they felt the bridge should be named in line with their suggestion.