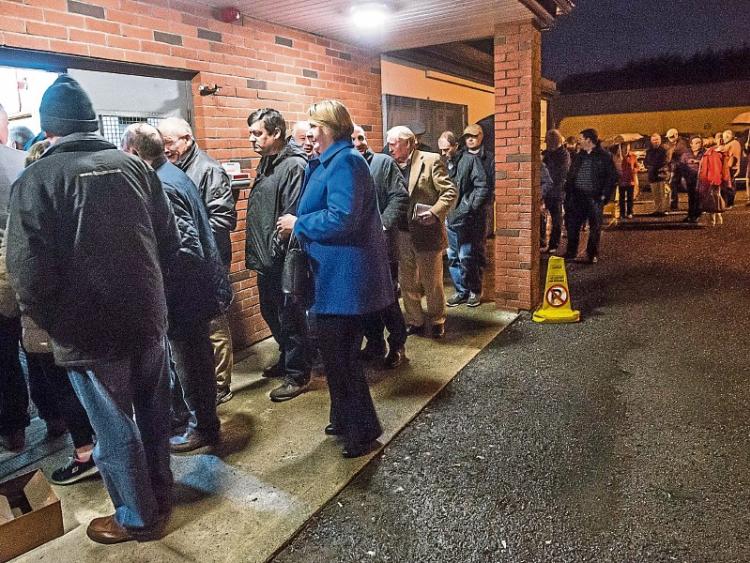 A huge crowd attended a meeting last year regarding the Piltown bypass.

Funding of €87,700 has been confirmed for a programme of interim measures to help alleviate traffic safety problems at the Tower Road junction on Piltown’s N24 bypass.

The works will involve improving advance warning signage such as illuminated ‘SLOW’ signs, additional distance countdown signs, and retrofitting roadmarkings. The scheme will also include general road marking and signage enhancements, minor localised widening of the hard shoulder, and the provision of a hardstanding area either side of the junction to facilitate roadside speed enforcement.

In her recent report to local councillors, Chief Executive of Kilkenny County Council Colette Byrne outlined that the works aim to increase driver awareness of the junction’s layout, and resultingly, reduce the risk of accident. However, it is acknowledged that this is an interim measure, and the ultimate goal remains the construction of a full Tower Road overbridge.

Transport Infrastructure Ireland (TII) has approved the proposed works, which are set to begin in June, and have provided a funding allocation for their design and implementation.

At the May meeting of Kilkenny County Councillor, south Kilkenny councillors welcomed the funding allocation, but reiterated that an overbridge should be the definitive solution.

Cllr Tomas Breathnach added that engagement with the TII was crucial.

“One of the best meetings we ever had asa council was with the TII last September,” he said.

“We should be teeing up the next meeting with the TII and have the N24 on the agenda.”