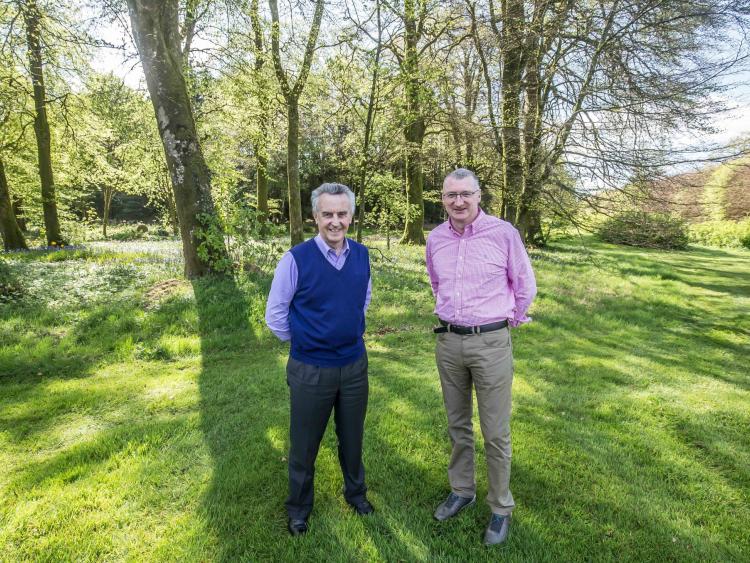 The racing world will do a double-take, Kilkenny hurling folk will raise their eyebrows and Slaneysiders will burst with pride. Jim Bolger, the Wexford man living in a beautiful part of North Kilkenny, would prefer to see Wexford win a senior hurling than to win this Epsom Derby.

He was asked the question at his home, the former Church of Ireland rectory in a magical place, and took a few seconds to answer — but answer he did.

Jim Bolger is very much at home in Coolcullen, Coon and for all his old guff he has a great love for all things Kilkenny — including its hurlers. He mightn't say as much, but this passionate GAA man appreciates what Brian Cody and his teams have brought to the game. He will travel to Wexford Park for Wexford's Leinster semi- final clash with Kilkenny on June 10 with reasonable expectations. He reckons it’s a 50/50 affair because Wexford are on the way up and Kilkenny are not the force they once were. He will share the car with the same people he goes to all the matches former player and medal holder Dave Beirne; the Wexford-born GP now ensconced in Kilkenny, Dr Tom Foley — and any family members available to travel.
They will head his sister’s house, close to Wexford racecourse, before going on to the game by bus. He’s looking forward to it — and while he’d love to see the heroics of the 1996 team repeated, he won’t be too upset if things don’t fall their way. After all, he has seen his win five senior . You sense, though, that he’d love another.
That he would prefer to see Wexford win in September than one of his horses first past the post at Epsom in June tells you how much his home county and hurling mean to him. Then again, he already has three English Derbys to his name.

Jim Bolger has built up one of the most successful training enterprises in the world, winning big races in many countries, and he is leading the charge in equine DNA research. He’s also a philanthropist who shies way from publicity. His Hurling for Cancer initiative has, in five years, raised over half a million euro. His success is remarkable and tells you loads about the character of the man who started with 14 acres and a steep gallop in this picturesque part of North Kilkenny.
He loves the views from his office, where he can admire the sun setting over the hills. He is rooted in Coolcullen and his presence has done so much for the place. His benevolence is legendary and his contribution to keeping Coon looking great is deeply appreciated by the local community – but still doesn't stop him getting a ribbing after Mass, or in Castlecomer during the summer months when the Flat season is in full swing

Asked to name the best thing about living in Coon, he speaks about the and the quality of the gallops which rise 150 feet over a mile. He sums the location of his facility up like this: “If someone turns up at the front gate and says to you, ‘I was just passing by and said I'd call in’, you know they're lying.” He recognises the good fortune he had in finding the old Church of
Ireland rectory and the gallops with its 14 acres. He now owns a strong tract of land and when I visited him on a recent Wednesday morning, I noticed a new block — a canteen for the 70 full-time staff and the other seasonal workers. It is a fantastic enterprise and its impact spreads out over the whole area.

As the elder statesman of the Irish horse racing scene, he goes out of his way to help those who have been touched by hardship. He is asked to give talks and he has a lot to say which is worth hearing. He has no time for alcohol and his over-riding advice to young people is simple: “Do a bit of work, stay away from drink and drugs.” To that, this most driven of men adds: “Don't be afraid to stand away from the crowd.”

Jim Bolger has achieved all he ever dreamed of but continues to work hard and do the best for his fellow human beings.
And he gave us this insight into his personality. When he was 11 or 12 and attending primary school, there was an incident and two lads got beaten by a Christian Brother for picking on a small fellow. “I was an altar boy in the parish church and one day after serving Mass, the parish priest was in the room and said to me, ‘What do you think I should do about what happened in the school?’ “I told him, ‘If I was you, I wouldn't get involved.’”
Jim Bolger doesn't give advice unless asked. But when he does, it’s worth listening to.