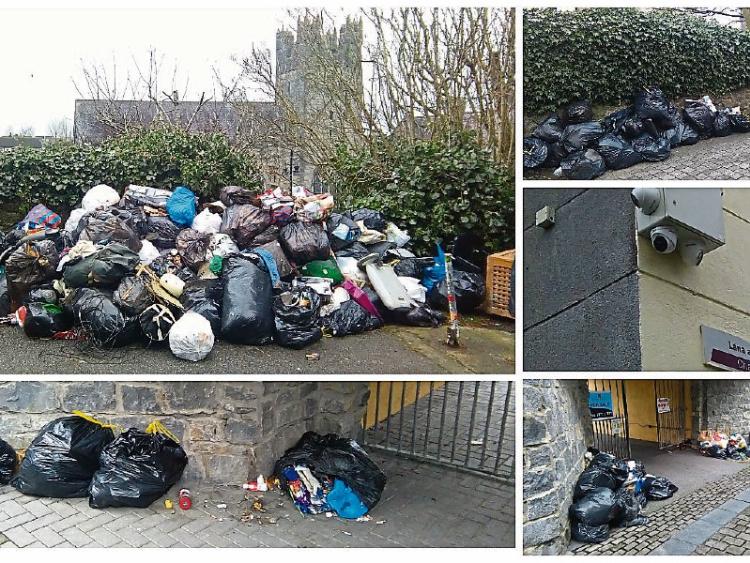 New CCTV cameras are in place and a number of fines have been issued in recent weeks as Kilkenny County Council steps up a crackdown on littering and illegal dumping.

Discussions are under way about bringing in a private surveillance company to target and pursue offenders. At Friday’s meeting of the Kilkenny City Municipal District, Catherine Millea briefed the elected members on the steps taken to combat the scourge following a spike in incidents earlier this year.

“Cameras are now installed and operating at a number of key locations around the city, including the lanes that have been illegal dumping hotspots in recent weeks,” said Ms Millea.

From footage obtained, a number of recorded incidents have been referred to the Gardai and the relevant management companies.

“A number of individuals have been identified from this,” said Ms Millea.

The council has issued six fines on of evidence from CCTV. Illegally-dumped bags have also been removed and searched, and fines have been issued as a result. Some of these are being paid, while those that are not may entail prosecution.

A proposal to hire a private surveillance company to identify individuals responsible for fly-tipping is being discussed at level. There may be some funding available for this from a national anti-dumping initiative.

The council is also running an information campaign involving multi-lingual leaflets to help explain what people’s obligations are when it comes to environment and waste disposal.

Cllr Sean Tyrrell wondered if the public could help identify offenders from CCTV stills — although it was acknowledged there may be data protection issues.

Cllr Malcolm Noonan welcomed, in particular, the new multi-lingual leaflet, which he said would be most useful. Cllr Breda Gardner also said she thought the leaflet was a fantastic idea.

The Independent councillor also asked if there was going to be any litter bins placed along the ring road.

“People walking say there is nowhere to dispose of dog poo bags and people just don’t want to take them home with them, unfortunately,” she said. City engineer Seamus Kavanagh said that there would be two bins put in place at problem sections of the ring road.