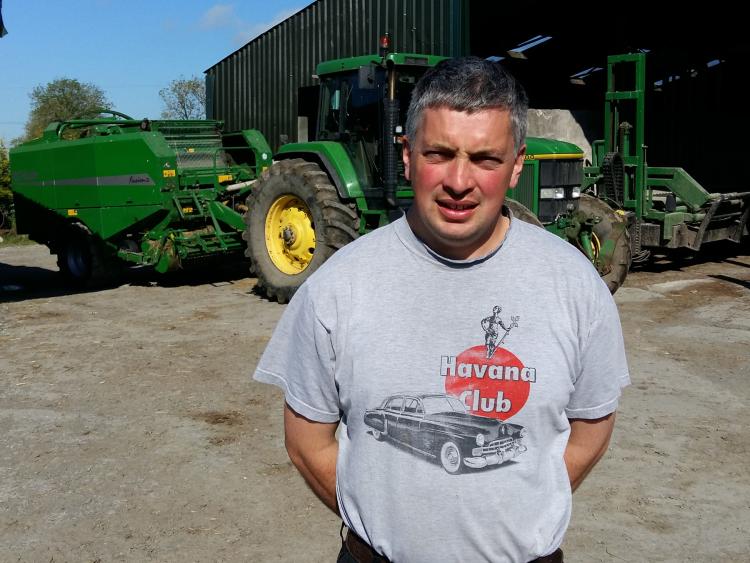 Clara farmer Tom Carrigan who scooped a major innovation award for his bale chaser over the past year is now helping raise needy funds for the Ronald McDonald House Charity at Our Lady's Children's Hospital, Crumlin, Dublin and Daisy Lodge, a therapeutic centre for families affected by cancer, located in Newcastle, Co Down.

Tom  will host 28 Monaghan farmers on Wednesday morning next, May 31. Over a six-day period from May 29-June 3, the farmers will travel across the country to make 100 bales in each of the 32 counties. The group covers 1,220 kilometres and 32 counties for the first ever 'All-Ireland Baling Challenge'.

They arrive on to Tom Carrigan’s farm and to the selected field on Grange’s Hill on the road from Clara to Castlewarren that morning. The start time is  from 8am to 9am.

“The farmers are aiming to raise €10 per bale to reach their goal of €1,000 per county with all proceeds going to charity,” Tom says. “The team of drivers, including two female farmers, will use the same four tractors with a combination baler unit to complete the task.

“The machines for the challenge were sourced by the Active Agri Association and the buzz and excitement will be increased as agri-entertainment producers Grassmen will be on site to film the entire experience.”

Local agri companies will be exhibiting on the day and those who come along are encouraged to make a charitable donation.

“We’ve had our own experiences of Crumlin and it’s nice to give something back. I’d encourage as many people as possible from this region to come along on Wednesday next and support what are fantastic appeals.”