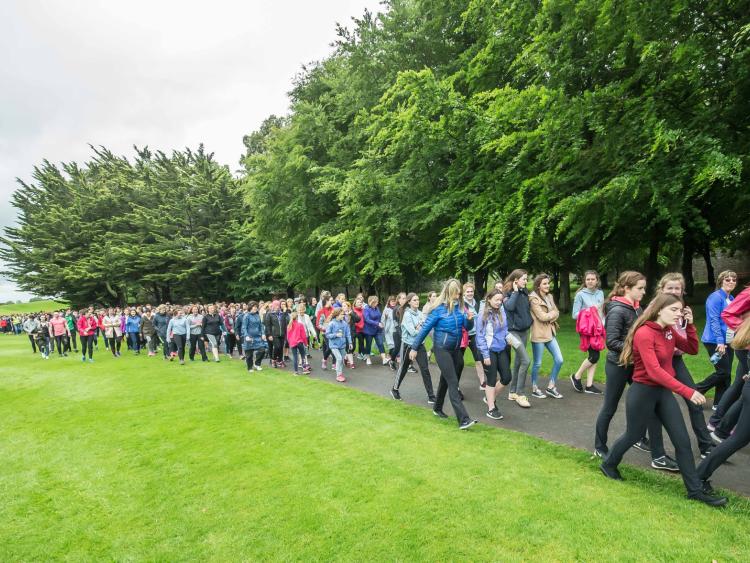 Friends and family walk in memory of Ciara

Friends and family of the late Ciara Lawlor turned out in force last Saturday to honour the memory of a much-loved Kilkenny teenager.
700 people gathered in the Castle Park to remember a wonderful young woman who died in tragic circumstances at a Kodaline concert in Dublin last July.
Her parents Eimear and John have thanked the people in Kilkenny for 'their unselfish support during the last ten difficult months''and especially their neighbours in Richview.
“Our friends and our daughter's friends wanted to do something in our daughter's memory. As with any tragic event, our lives were put on hold.
“Because our daughter passed away suddenly myself and my husband and our two boys had to undergo a lot of tests in Dublin in case it was a heredity condition.
“Our friends wanted to organise a golf classic to raise money for us but we decided to give it to charity,” said Eimear.
Kodaline also donated a signed guitar which was raffled and won by Ellie Devane.
All proceeds from the memorial walk will be donated to he Thomas Hayes Trust, The Heart House in Dublin and First Light Bereavement Support.