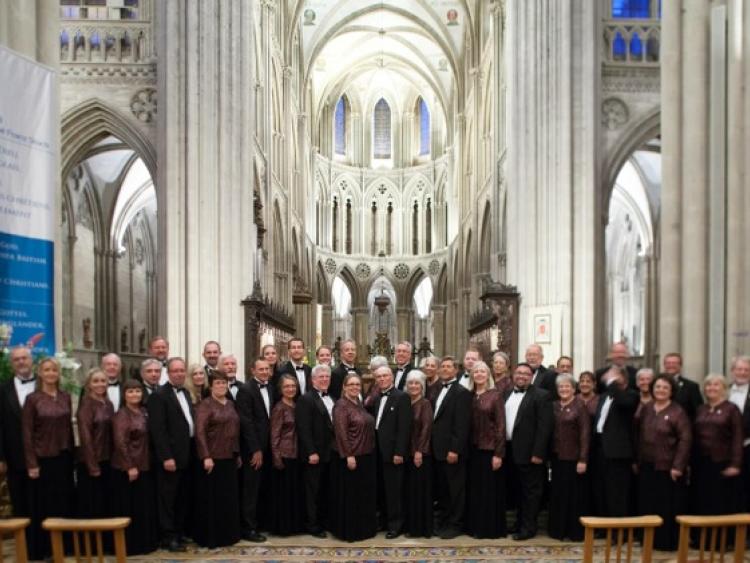 The choir will share a platform with the Unity Singers directed by Sean O’Neill for what promises to be a wonderful evening of  choral music.

The concert, which is free of charge, is part of Sonoran Desert Chorale’s  three city tour of Ireland which will see them also perform in Galway (June 7th) and Christchurch Cathedral Dublin (June 12th).

The Chorale’s excellence has been recognized by their peers, as they have twice been selected to perform for the National Convention of the American Choral Directors Association.

They rehearse and perform three programs per year, with multiple performances throughout the Phoenix area. Avid travelers, the choir has toured most of Western Europe and Australia. In 2014 they were honored to be selected to perform for the D-Day celebrations in Normandy, France.

Performing members of the Chorale come from communities throughout Phoenix. Many are music educators but they also have engineers, mathematicians, business professionals and stay at home mums and dads.

The choir is hoping to raise funds for the Ronald McDonald House at Our Lady’s Children’s Hospital Crumlin and is asking members of the public for a small donation at the door.

Opened in 2004, The Ronald McDonald House provides accommodation and a caring and supportive environment for families whose children are seriously ill and are hospitalised or undergoing medical treatment.  100 families from Kilkenny have availed of the service provided by the charity.