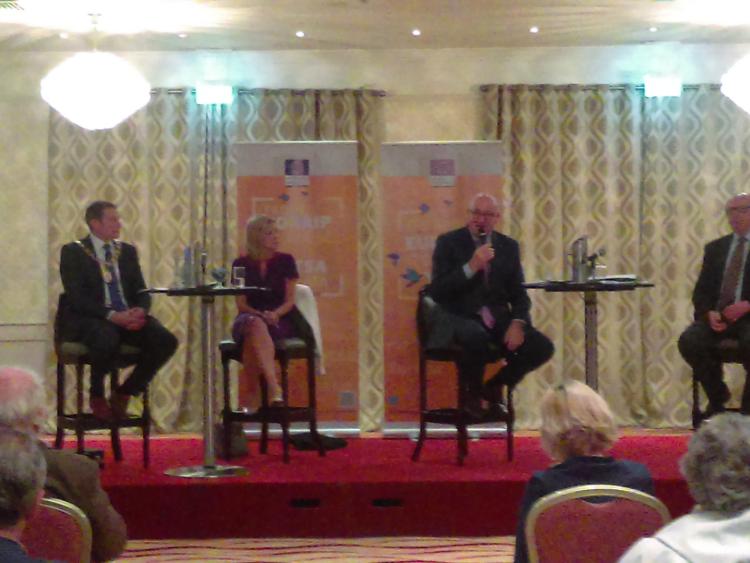 The failure of successive British Governments to tackle the lies of the tabloid press, has allowed the growth of populism to go unchecked  and led to the chaos created by Brexit.

Speaking at a town hall style meeting in Kilkenny city, EU Commissioner for Agriculture, Phil Hogan, was debating Britain's failure to address the bitter divides that exist there. However he declined to discuss negotiations between the EU and Britain because they hadn't yet begun.

He pointed out that Kilkenny farmers receive over €50 Million in annual payments from the EU's Common Agricultural Policy (CAP).

When asked if he would get the money to complete the city's Ring Road, he told retired council worker, Jack Kavanagh, that even if he could, he wouldn't be able because a number of farmers affected by the design of the piece of infrastructure had gone to the Supreme Court and that the matter was  sub judice.