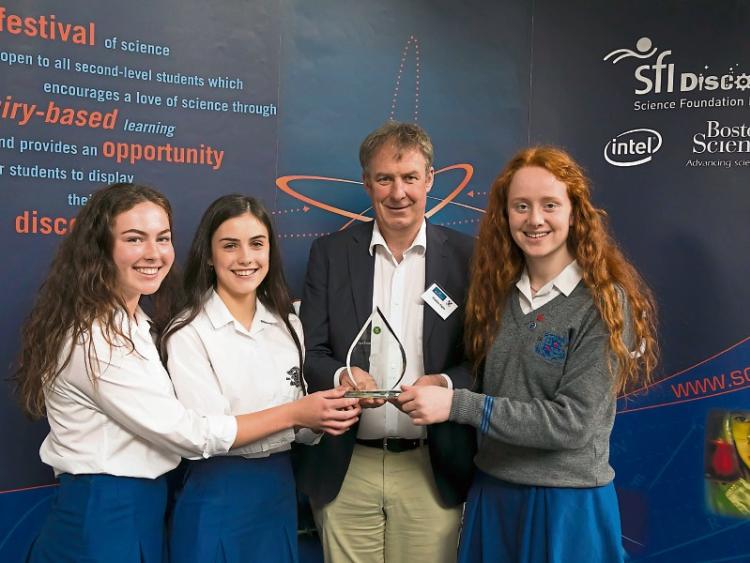 Participants from two Kilkenny schools were among the 400 students who showcased their love for science in the form of well executed projects at SciFestheld at the WIT Arena.

Ella Richardson, Ruth Kent and Kate Dempsey of Loreto Secondary School Kilkenny were presented with the Life Sciences Award, sponsored by GSK for their project, ‘Stay in the game: A solution to teenage dropout from sport.’

Colaiste Eamann Ris, Callan, students Patrick Byrne and Gianluca Lanigan were awarded the Creativity in Methodology or Idea or Solution award sponsored by SciFest  tenth anniversary Award for the project, ‘To investigate whether the density of a liquid affects its ability to produce electricity.’ 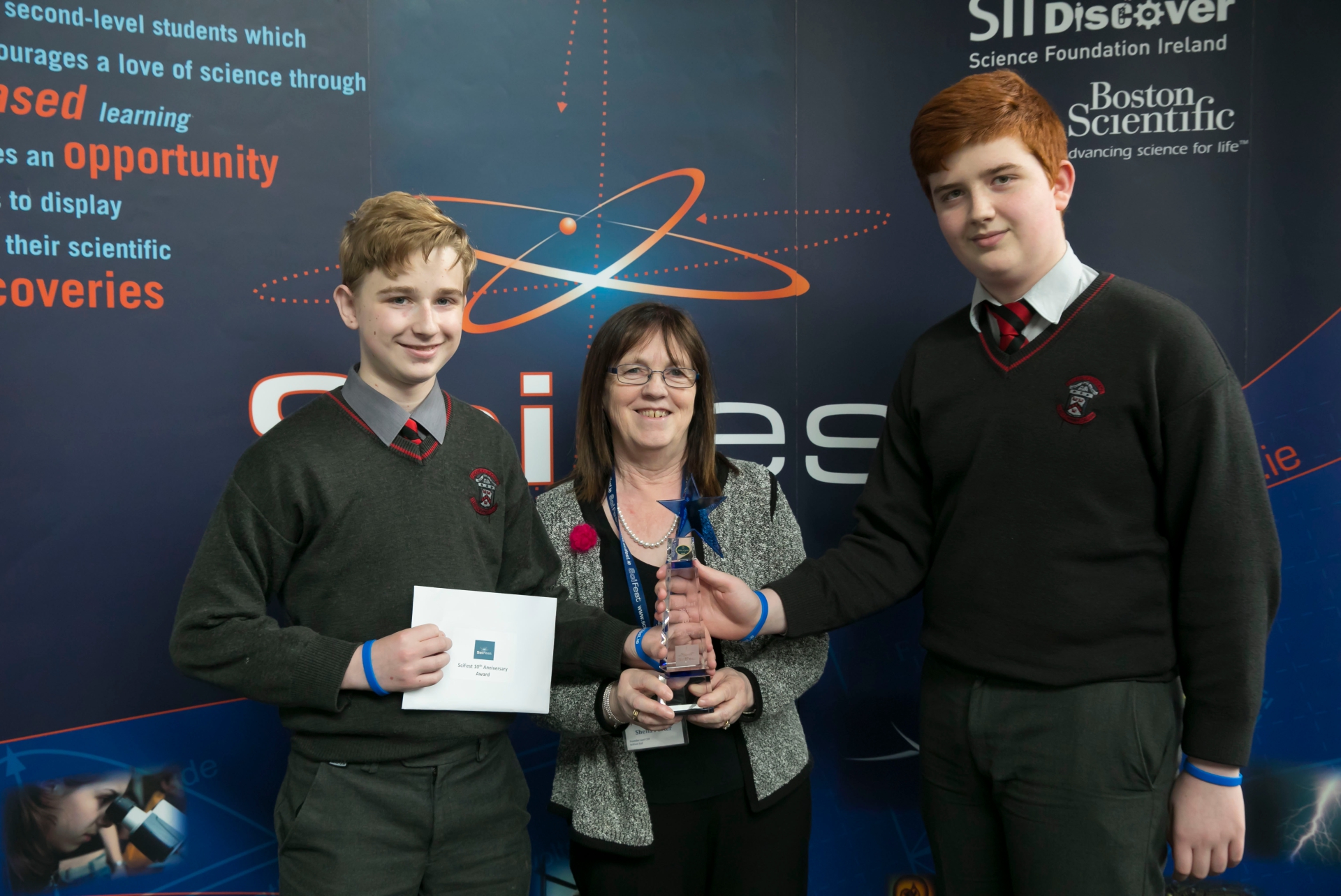 With 171 projects showcased on the day, two separate schools in Kilkenny were awarded for their outstanding work.

Students showcased their projects at the WIT Arena which were subsequently judged and ranked by local STEM companies and WIT lecturers from the Schools of Engineering, Science and Health Sciences.

“We are delighted to have a record number of students entering Scifest here in WIT,” said  coordinator Sheila Donegan.

“Ten years ago at our first Scifest, we were delighted to welcome 15 projects, now 10 years later we have  171 projects from schools in Waterford, Wexford, Tipperary,  Kilkenny and Wicklow.”

Calmast and WIT lecturer Cordula Weiss said, “As always, the projects entered by the students in SciFest are impressive, engaging and thought-provoking. Secondary school students from across the region are demonstrating their passion for science, technology, engineering and maths, which is clearly evident from the high standard of research that has gone into the entries this year.”