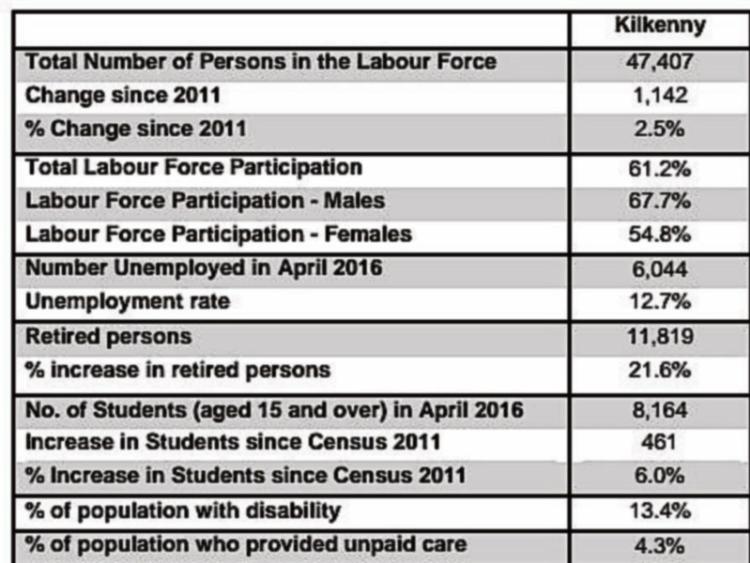 There were 47,407 persons in the labour force in County Kilkenny in April last year – an increase of 2.5% on the figure in 2011, according to new data from Census 2016 published today.

The labour force participation rate in the county was 61.2%, compared to 61.4% for the State overall.

Meanwhile, there were 6,044 unemployed people in Kilkenny, based on the census Principal Economic Status basis – which differs for methodological reasons from the official QNHS figures. The overall unemployment rate for the county on this basis was 12.7% (compared to 12.9%  for the State overall).

The census data also shows that 13.4% of Kilkenny’s population indicated that they had a disability, compared to 13.5% who did so nationally. Just over 4% of Kilkenny residents provided regular unpaid personal help for a friend or family member, slightly higher than the national percentage.