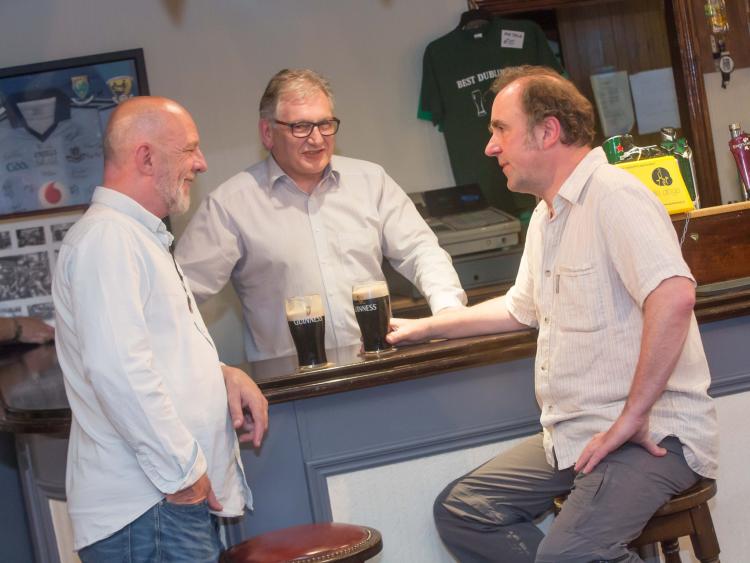 The stars of the play Two Pints, Liam Carney and Lorcan Cranitch after the play was staged in The Village Inn, Kilkenny last night with Pat Crotty (in the centre), national president of the VFI.

The deftness of touch with shades of Beckett came shining through in Roddy Doyle's wonderful play, Two Pints, staged in Kilkenny last night.

The Abbey Theatre decided to take the seemingly innocuous story of two men having random chats in a Dublin pub on a tour of public houses around Ireland and last night they turned up at The village Inn, Upper Patrick Street, Kilkenny.

The sold out performance was brilliant, witty, extremely funny, acerbic and a study in public house anthropology.

Liam Carney and Lorcan Cranitch  played off each other to wonderful effect and they kept the audience enthralled through Doyle's observational powers.

This was drama at its finest and the Abbey should be applauded for taking such a step and bringing theatre to the country, through 23 different pubs including Paidi O'Se's in Ventry, Co Kerry.

Hilarity ensued when a bottle of whiskey optic fell from the wall of the pub during the first act just missing the barman, Raymond. Far from putting off the actors they made it part of the play.