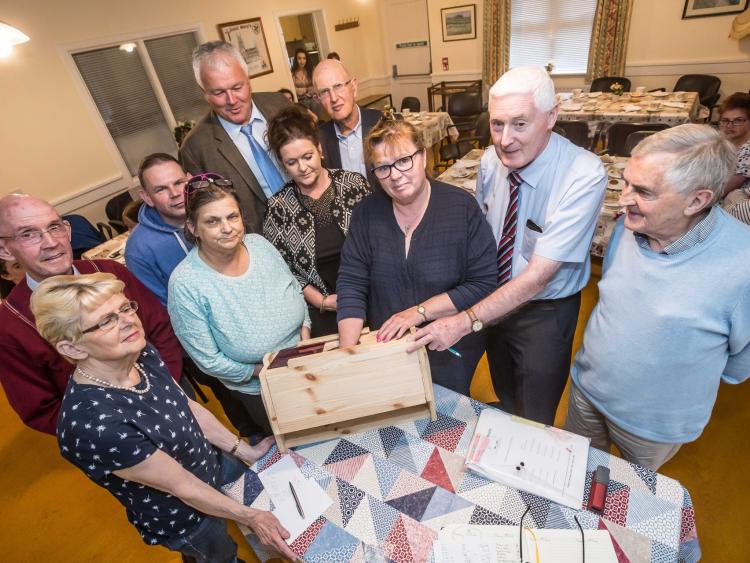 After 53 years in operation and following 2,783 successful draws, the highly regarded Puss Club has come to an end. It was the vehicle through which, for over 50 decades, two outstanding social service initiatives in the city and county were financed.
The final draw was held on Monday, June 26 in St Mary’s Day Care Centre, Haughney’s Gardens, behind the cinema on the Fair Green Kilkenny.

It was set up in December 1963 as a fundraiser draw for the Ossory Social Services.
All profits went to the popular Meals on Wheels service and towards an outreach team working with the elderly in the Callan area.
It raised well over €100,000 in its 53 years in existence. The small voluntary committee who ran it for years called it a day because it could no longer compete with parish lotteries as well as the National Lottery.
GAA clubs are also feeling the pinch and their weekly lotto draws are also coming under pressure.
The retirement of several key promoters in the past two years after many decades of voluntary work was what really sounded the death knell for the draw.
Rather than being mournful, the committee responsible for the Puss Club invited the ticket sellers for tea and sandwiches after the last draw. This function was paid for privately.
As a result the Puss Club has been able to retire gracefully knowing that there are no administrative costs and knowing that for a long time it made a small but positive difference in the lives of some of the more vulnerable members of the community.
Why was it called The Puss Club? Because the Proceeds were Used for the Social Services.
‘This has not been an easy decision but it is the correct one and the only one open to us,’ concluded a letter thanking all the loyal promoters for their hard work and support. Draw committee: Christina Hayes, Frank Kavanagh, Frank Hayden, Rita Arnicar, Paul Cuddihy.