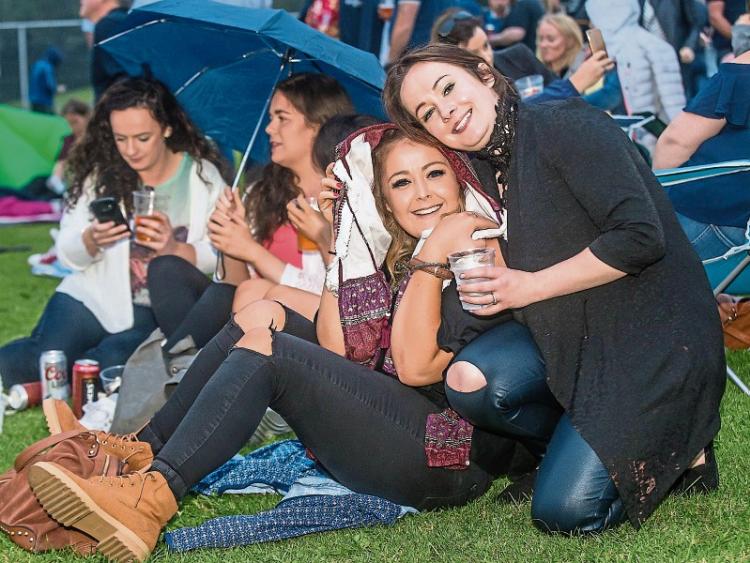 Castlecomer pulled out all the stops to put on a show to beat last year’s Delorentos-headlined gig and they didn’t disappoint.

The Kilkenny Outdoor Music Festival on Friday saw more than 1,300 music fans file into the Erin’s Own GAA grounds from 6pm.

Tullamore trio Chasing Abbey were next to take the stage as punters trailed between a well-stocked bar and a BBQ which was manned by the town’s butcher Dick Dooley.

Paddy Casey took to the stage just before 10pm, opening with Sweet Suburban Sky. He followed it with Lucky One & was so happy to find the crowd singing it back to him he let them handle the chorus without him.

Pointing out that he’d nothing planned after those two numbers he launched into a mix of his back catalogue which saw the biggest reaction for Saints and Sinners before winding down with his last track for which he called up the members of Amber & The Bear to play with him.

He also mentioned during the set that he’d always wanted to come to Castlecomer and so achieved that goal, while also getting to play a song he’d penned for a local woman he’d loved many years ago.

The Blizzards took over at 11pm, causing many to run towards the stage. Lead singer Bressie came out wearing an Erin’s Own top, the former Westmeath gaelic footballer noting ‘it’s been an awful long time since I wore a GAA jersey’. With cousins, The McEvoys, living in Kilkenny city, he outlined the band’s other local connection which is via band member Justin Ryan’s Castlecomer grandparents.

Together the Mullingar outfit played a variety of new and old numbers, going right back to the first single released eleven years ago and bringing things up to date with some recently penned tracks. Including The Inventor of the Camera Phone Is Going to Hell, a hit with those gathered, and a cover of nineties anthem Sit Down by James.

Calling out ‘thanks for having The Blizzards, we’d love to come back’, Bressie went on to ask those gathered to ‘show some love to the organisers. Many people wouldn’t bother, but they did to help your town, your area’ before winding down the hour set, through they did return for an encore when prompted by the crowd.

A great night, well organised and stewarded, the party continued into the night with DJ Brochan.