Kilkenny Music Trail: What a weekend in store for music lovers

All the events and entertainment for the weekend and days ahead 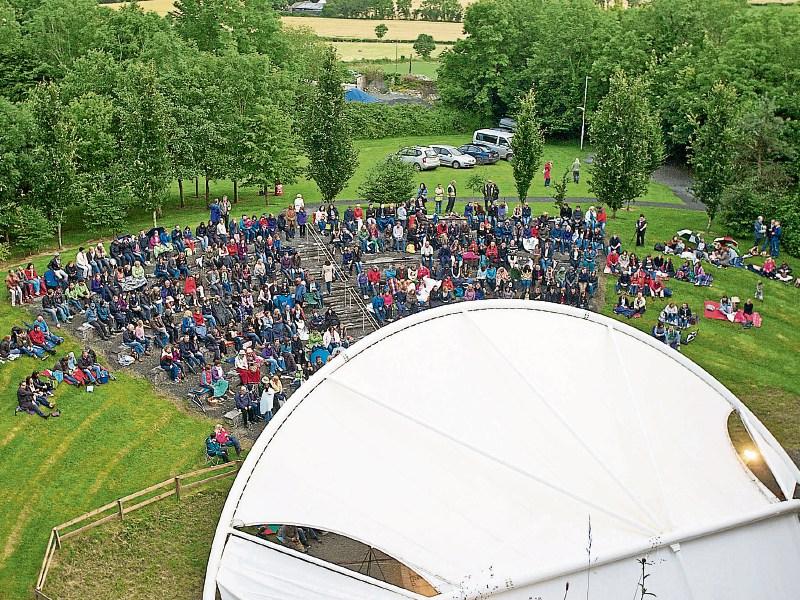 What a week is in store musically with something of a culmative international feel.

On Thursday, the Watergate Theatre hosts songs, music, dance, stories and poetry from Ireland, Wales and Scotland. Group Waters Wide play the venue from 8pm with what promises to be a visually stunning production that also tugs at the emotions.

On Friday there’s Trad for Teens at the Home Rule Club from 7pm to 9pm in the bar while upstairs Leonard Cohen fans will be sure to enjoy Sincerely L Cohen in concert from 8pm.

At the same time at John Cleere’s Bar there’s a blend of traditional Indian & UK folk songs from Yorkston Thorne Khan. The trio will perform in support of their new album Newk Wight Delhi All-Stars.

There’s more live music on the night with Kieran Goss & special guest Annie Kinsella at Kilkieran Cottage Restaurant at Skough, close to Owning. This is part of the duo’s Home for the Summer Irish tour & it starts at 8pm with tickets costing €20.

In Thomastown, Deep Down Detox will unveil their offering of blues, soul, funk and country at the Bridgebrook Arms from 9:30pm. Admission is free.

Rollercoaster Records presents Chuck Prophet at Set Theatre from 10pm. The performer describes his new recording Bobby Fuller Died For Your Sins as ‘California Noir’ and is sure to delight fans at the Langton venue. While in Langton’s itself the hugely entertaining and energetic Waterford fivesome The Jam Tarts play their covers set at the same time.

Also from 10pm, the Hibernian Hotel outlets unleash their Latin Night. It kicks off with Vesper Dance Studio leading a salsa dance lesson for beginners in Morrisson’s Bar, moving upstairs to Harper’s with a latin night club from 11pm where you’re invited to enjoy the music or learn to salsa.

Saturday sees more outdoor sounds as The Riptide Movement hit Ballykeeffe Amphitheatre from 7pm. The Lucan chart-toppers, famous for tracks including All Works Out, are looking forward to the local gig . Tickets cost €25.

Mackey’s Bar in Gathabawn has a midsummer party with Shanragh live on stage at their Outback Bar. While Martin Lacy’s in the bar at the Home Rule Club in Kilkenny City from 10pm.

And the Summer Saturday Sessions with DJ Chris Ward are at Morrisson’s Bar. From 10pm enjoy mainroom & old school tunes in an energetic set that’s sure to bring the house down.

On Sunday the Music in the Garden series winds down for the month of July at Kilkenny Castle. Weather permitting there’ll be a free performance from a brass band from 3pm to 4pm.

Then wind down at The Field as Rob Strong continues his weekly residency.