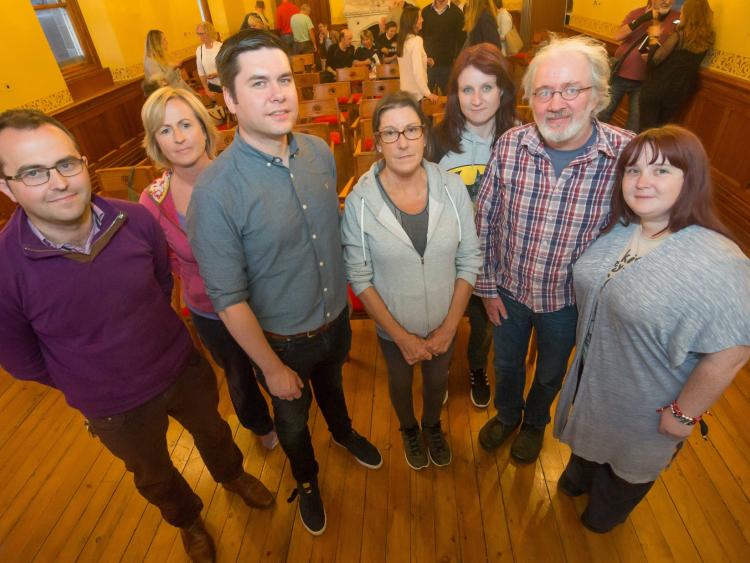 Communication between key agencies and authorities will be paramount in tackling ongoing incidents of animal cruelty in the city.
Approximately fifty concerned local residents attended a meeting at the Chapter Room at St Mary's Cathedral on Wednesday evening.
The meeting was organised by Martina Dunphy, a resident of Fatima Place, whose cat was killed recently when lurchers were deliberately set on the animal.
The need for people to ‘watch out for each other’ was reiterated as people stressed the importance of making sure that these acts of violence on animals are stopped.
Ms Dunphy said that she had been speaking to gardaí and had been advised that people should video and photograph any incidents of animal cruelty and be able to identify the perpetrators and be willing to make a statement and go to court.
“All we want is to keep our animals, homes, children and neighbourhood safe. As a community we need to stand together and say enough is enough and that something has to be done. We need to be positive and to believe that we can achieve what we need to achieve if this is to work,” she said.
A number of incidents of cruelty were recounted including the killing of a rabbit, which was shaken to death in its hutch and a cat which was killed when dogs were again deliberately set on her.
Cllr Malcolm Noonan described the recents incidents as ‘absolutely horrific’.
Cllr Andrew McGuinness asked people to remember that the issues at stake: ‘animal cruelty, road safety and child safety’.
“It is not about one particular community. The last thing we want to do is to develop and us and them situation,” he said and urged people to ‘work with the gardaí’.
“You are the eyes and ears of the community. I would urge people to ring the gardaí and report any incidents and when doing so get the name of the garda and log it,” he added.
There are also plans to set up a Neighbourhood Watch group in the area and to engage with community gardaí in this respect.
KSPCA Animal Welfare Officer, Noel O'Donoghue explained that following the recent spike in incidents a decision has been made to set up ‘a multi agency group’ comprising of the IFA, the Department of Agriculture, the KSPCA, local vets and other interested parties. Several residents, present at the meeting agreed that this was a step in the right direction.
Gardaí are investigating a number of recent incidents of animal cruelty in Kilkenny City and its environs.
Cllr Andrew McGuinness has also written to both Ministers for Transport and Agriculture, Michael Creed and Shane Ross, to invite them to Kilkenny’ to hear first hand some of the horror stories in terms of animal cruelty and dangerous activity on public roads as as result of sulky racing.