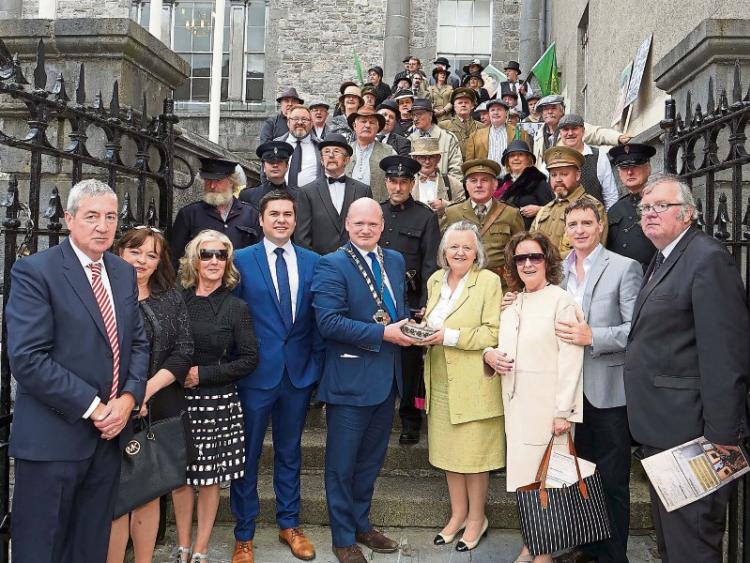 A full day of commemoration events took place in Kilkenny City on Saturday to mark the centenary of the 1917 Kilkenny By-Election, which saw the election of WT Cosgrave.

Proceedings got under way that morning when a ‘polling station’ opened at City Hall. At noon, a parade of historical figures arrived into Kilkenny, followed by some re-enactment and storytelling.

A special plaque was unveiled to commemorate the election of Cosgrave, 100 years ago to the day. Ciaran, Michael and Mary Cosgrave of the Cosgrave family were present for the occasion outside Kilkenny’s courthouse building on Parliament Street.

After the ceremony, attendees had lunch, and later that evening they gathered at the city’s new Medieval Mile Museum for an evening of history, music and song.

The event opened with a re-enactment of the granting of the Freedom of Kilkenny City to Countess Markievicz, and speeches by actors playing Cosgrave, De Valera,and Magennis.

There was further re-enactment, candidates’ speeches, a local history lecture, and a keynote address from Dr Ciara Meehan, Principal Lecturer in History at the University of Heretfordshire’s School of Humanities (pictured right).

The whole day of events came from a council decision to set up a sub-committee to organise centenary celebrations of the historic event.

Cosgrave would go on to serve Kilkenny from 1917 to 1927, being nominated to lead the Free State government after independence. He was thus Ireland’s first Taoiseach per se, and Kilkenny’s first Dail deputy. 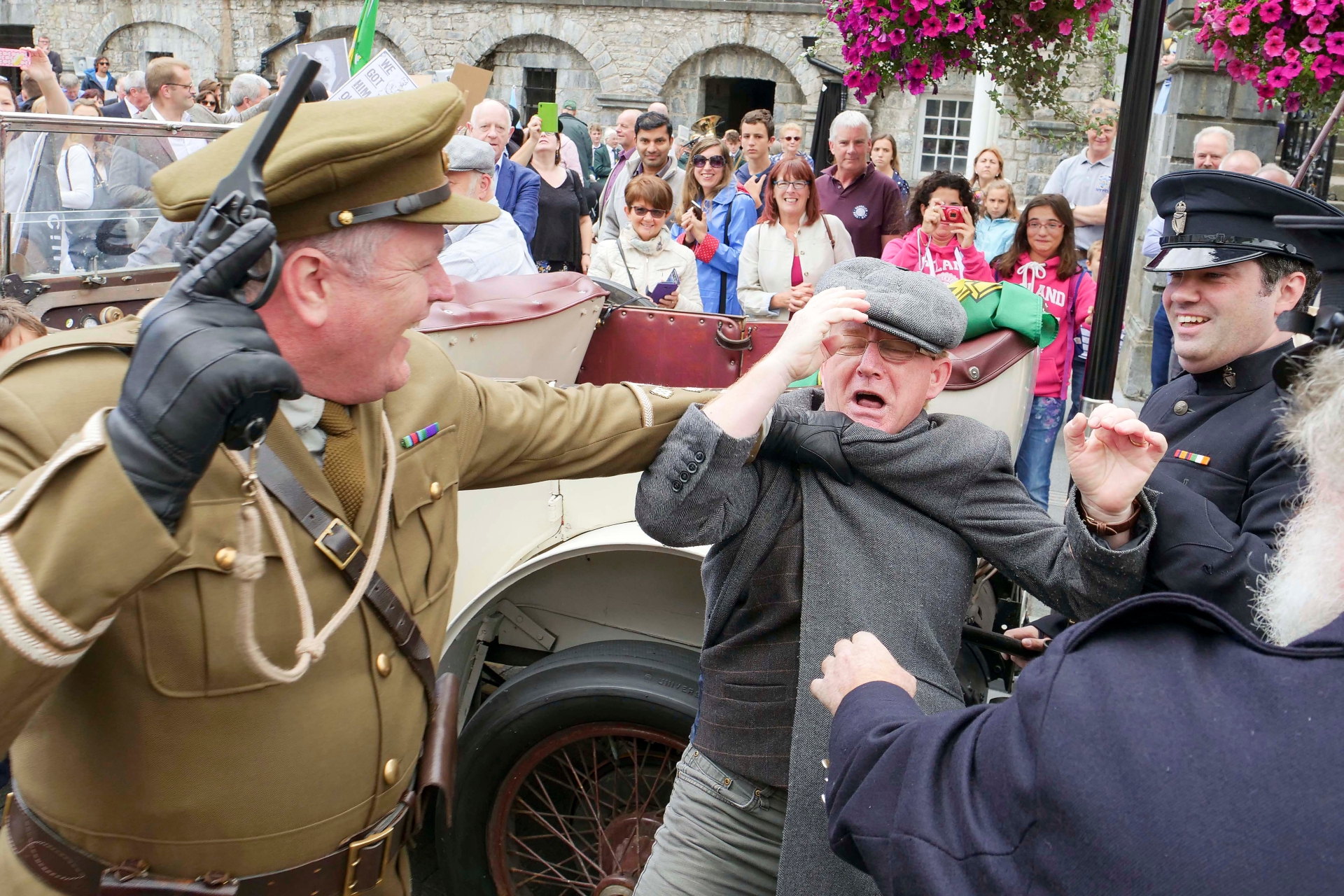 Re-enactors at the commemoration event in Kilkenny

“The entire day was a huge success and we were delighted with the participation of the people on the streets of Kilkenny City on Saturday afternoon for the voting and the hustings,” says Mary Ann Vaughn of the event’s organising committee.

“A special thanks has to go to St Patrick’s Brass and Reed Band who were an integral part of the whole operation; leading the parade with Countess Markievicz and then entertaining the crowd outside the courthouse. The evening in the Medieval Mile Museum was also a great event with talks from both Lieutenant Stephen Byrne and keynote speaker, Dr Ciara Meehan.

“Brian Tyrrell, Senior Executive Officer with Kilkenny County Council was also presented with a special token of appreciation by Cathaoirleach David Fitzgerald for all his work on both the 1917 commemoration and on Kilkenny’s 1916 centenary events last year. Organisers of Saturday’s by-election commemoration would like to extend a heartfelt thank you to all who were in any way involved in making the day such a success.”