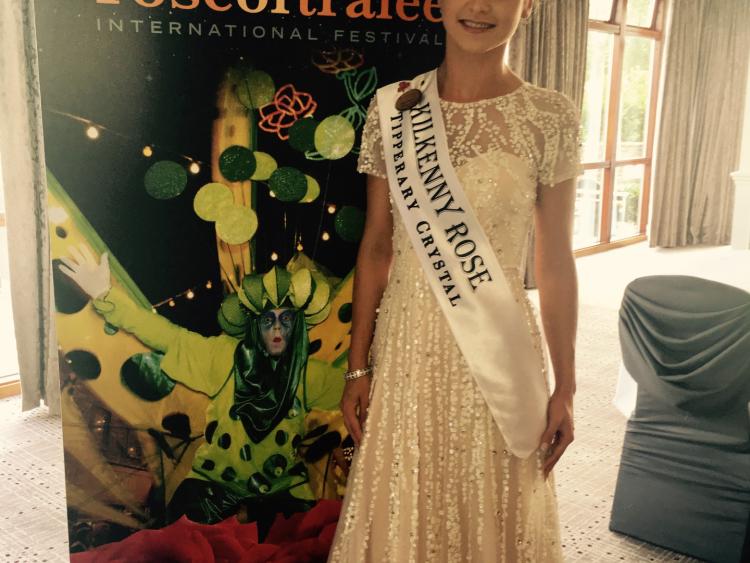 Kilkenny Rose Tara Roche had ‘an amazing experience’ during the Rose of Tralee festival describing it as ‘an once of a lifetime’ opportunity.
Tara, along with escorts Patrick O'Neill from Bennettsbridge and Cillian Phelan from Kilkenny City and ten-year-old rosebud Hallie Hogan were all excellent ambassadors for their city and county.
Despite not making the final selection the Callan woman enjoyed the festival and loved representing her county.
“Of course there was an element of disappointment but the Kilkenny flags are still flying high on the streets of Tralee. The parades, the receptions, the children looking for autographs - it has been incredible,” she said.
Tara found out last Saturday that she would not be appearing as part of the final 32 roses who took part in the live televised final.
However the bubbly veterinary nurse continued to shine at the festival as was a great hit with the other contestants and the public.
Meanwhile former Mayor Patrick O’Neill was delighted to be an escort for the festival.
“I was paired initially with the Tipperary Rose - Shelia Ryan from Toomevara and she was great fun.
“For the second half of the festival I was chosen to chaperone the Toronto Rose, Colombe Nadeau O'Shea. She is a lovely girl and is a visual artist. She also works for a non for profit organisation and is very laid back and easy going,” he said.
Escorts, roses and rose bud including ten-year-old Hallie Hogan from Kilkenny City have had a jam-packed schedule of events since arriving in Tralee over a week ago.